The Loner(s) – I Wish Shit Would Stop Spinning 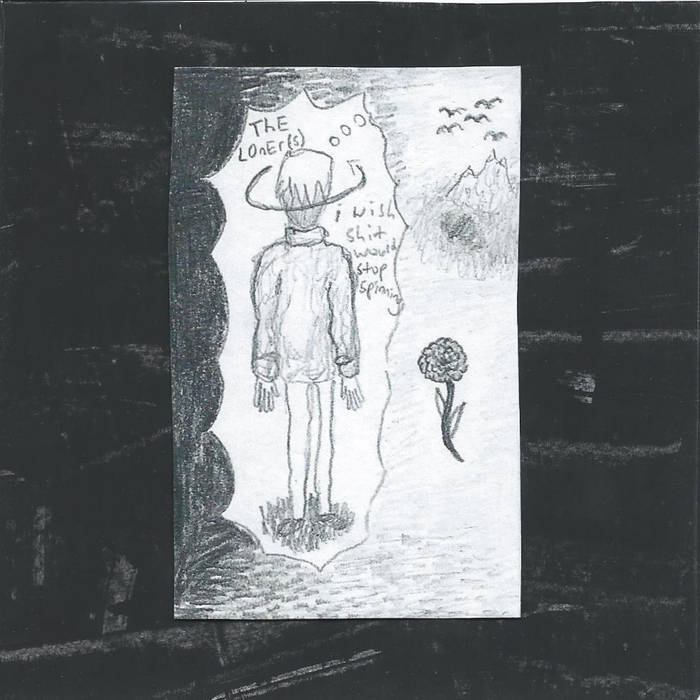 To a certain degree, there is something voyeuristic about any deeply personal album that someone decides to put out in the open. But it’s the combination of James Keegan’s forthright lyricism and “bedroomy” sound quality that provokes something especially voyeuristic. I Wish Shit Would Stop Spinning is the recent full length release from The Loner(s), a one man band out of Rochester. You can put this album on and have it totally stitch itself into the background while simultaneously feeling like your ear is pressed to James’ wall, listening to him play muffled guitar and grapple with some form of despondency.

There are little foot notes under all 10 songs on Bandcamp that detail what day each song was recorded and how the song was recorded — all have been recorded on a digital portastudio or 4-track cassette recorder. I don’t get the immediate sense that perfect sonic balance is James’ primary goal, though he has made such an unprocessed, bare boned foundation sound rather refined.

The album has the same disorienting feel of a Mac Demarco tune, and a similar unapologetic frankness to it that Alex G or Waxahatchee are known for. On “The F Word,” James sings “kissing through a screen / seeing your skin through a mist / thrashing in the dark / fuck my life / but I won’t fuck you.”

To me, this album has an amoebic quality to it. There is an obvious center (or a nucleus, if you will) constructed from super lo-fi, lackadaisical emotion that is cutting all the same. At the same time, each song is its own pseudopod or foot-like extension that grabs at minute observations and seemingly disjointed metaphorical images, and brings them back to the center. The song “Cat” is an ideal example. At face value, the song is maybe a little callow: “does the cat at my grandma’s feel really bad? / does the cat at my grandma’s make my grandma real mad? / I don’t know.” But the ending is a stark realization from the speaker who seems to be temporarily distracted by the thought of this cat: “my head spins in circles when I’m all alone / my head tries to tell me that I’m always alone / I know / fuck / I don’t know.”

The entire album is gritty and at times unsure of itself, but none of that uncertainty takes away from the overall appeal of bleak truths put to soft music — it adds to it. It is a well packaged jumble of noise and ever changing disposition that is very worthy of a listen.