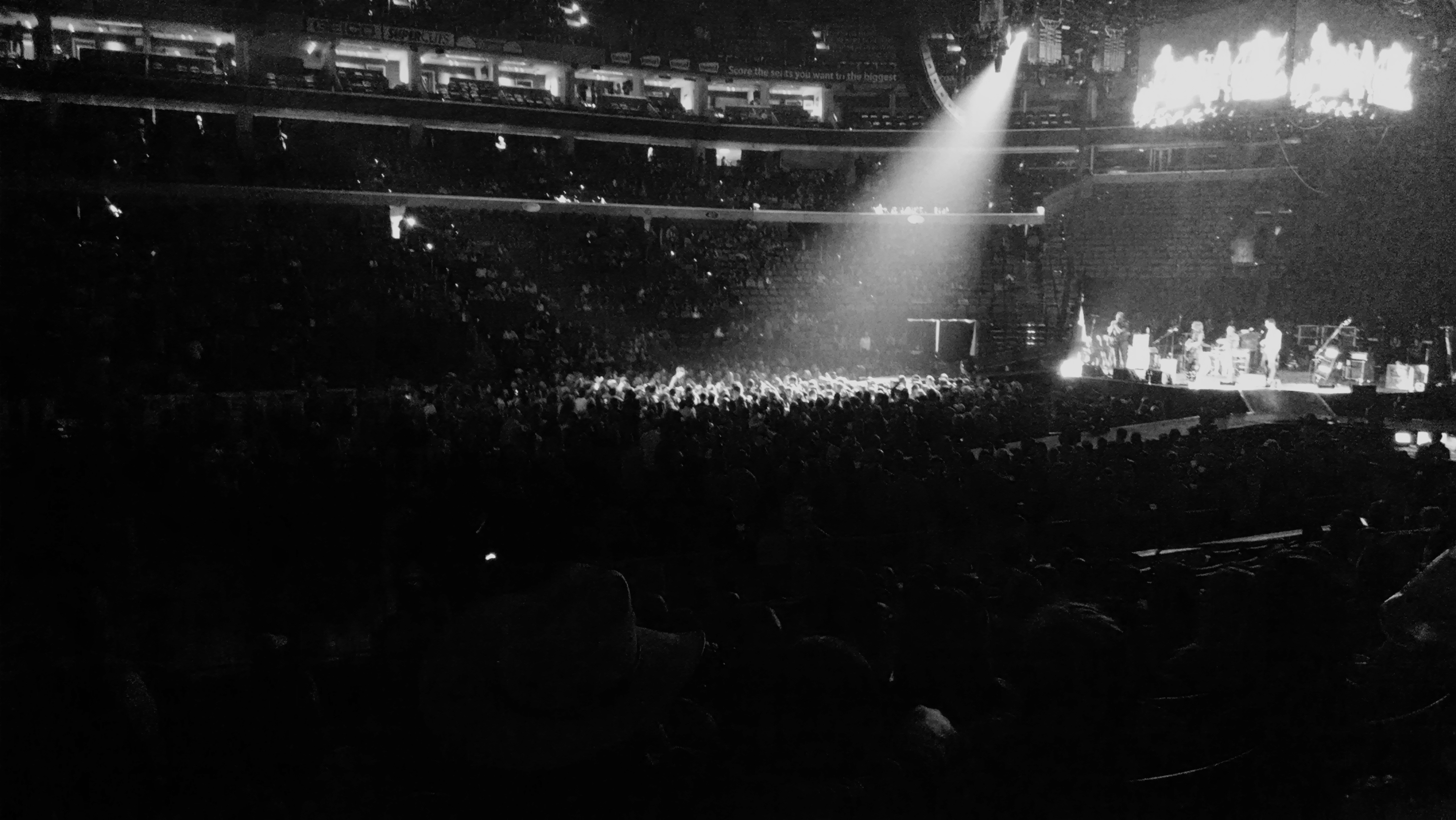 If you don’t want just one opinion, let’s take a look at the audience from Friday night’s show at The First Niagara Center.

When The Lone Bellow first took the stage, the crowd was distracted. Most seats were empty. The filled ones held texters and selfie-takers. Nobody planned on paying attention to the opening act.

Then the music started.

By the end of the first song, the audience was hooked. Slowly, everyone sat down or moved a few steps closer to the stage. When “Green Eyes and a Heart of Gold” concluded, the selfies had stopped and texting had ground to a halt.

Maybe the audience was shocked by the cohesive sound. Maybe the energy of Zach Williams and Brian Elmquist had captivated them. Maybe it was the fact that a 5-piece folk band had a sound big enough to fill the entire arena.

Or maybe they just realized that they were listening to really, really good music.

The show hit a crescendo when Williams took to the gangway during “Heaven Don’t Call Me Home.” Using every ounce of energy in his body, he got the crowd to sing along to a song that most had never heard before.

After raising the energy up to a high unseen during most opening acts, they pulled back. For a moment, I feared that they had lost the interest of the audience. I had no reason to worry. The haunting beauty of “Watch Over Us” silenced the crowd, allowing the acoustic sound to reverberate through the entire space.

When they left the stage, the audience buzzed with conversation and energy. The Lone Bellow accomplished exactly what an opening act should (and rarely does). They entranced the audience, warmed them up for the headliner, and left them ready for more.

I feel confident in two things: