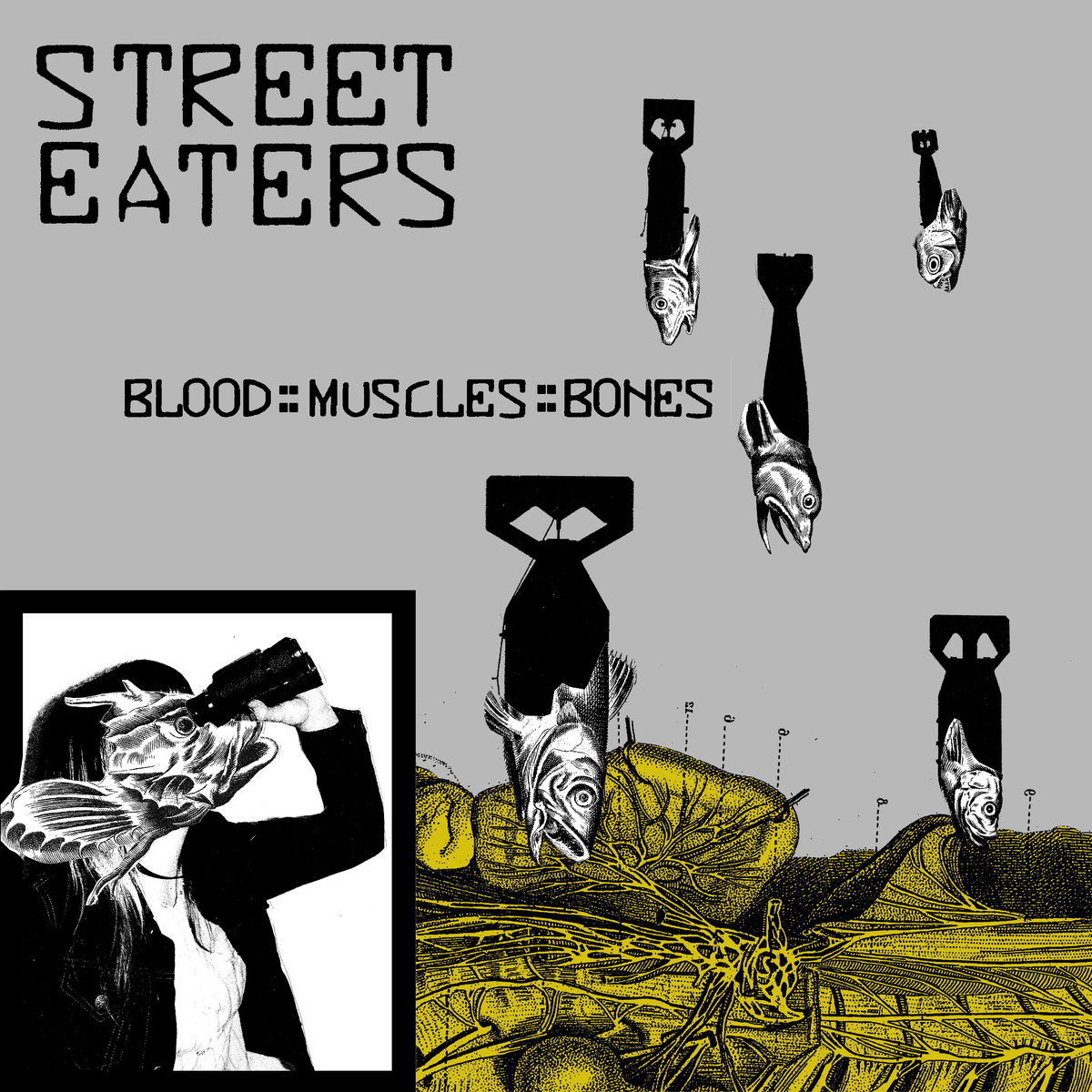 Blood::Muscles::Bones, the second full length release by Bay area band Street Eaters, reads like an ominous autobiography for the Berkley duo. How long can they withstand this experimental jet set lifestyle? A global tour schedule that has taken the band around the world at whiplash speeds. However, don’t romanticize their demise just quite yet, because Blood::Muscles::Bones may be the rawest, post-punk record to come from the West Coast in some time. Let me put it this way: this is the record that Kathleen Hanna and Dave Grohl got to never make. It was a project they always talked about before they both started believing their own legends.

Blood::Muscles::Bones is juvenile in the sense that it is uncompromising and idealistic. You won’t find any unnecessary bridges, extra verses, or choruses. They’ve cut all of the fat, lacerated the gizzards, smothered them in hot sauce, and gobbled them up, just to wash it all down with ice cold cans of Old Milwaukee’s Best. What else would you expect coming from a band who has spent that last year and half crammed into a two seat compact truck, stopping just long enough to melt the faces of unassuming attendees at basement shows and dive bars?

Recorded in Portland, OR earlier this year, Blood:: Muscles::Bones is the follow up to 2011’s, Rusty Eyes and Hydrocarbons. This record takes off like a rocket with “Reverse,” as vocalist and drummer Megan March howls like a wildebeest of doom, belting out dystopian lyrics like, “If you could hold time in your hand/ and formed a tightened fist/ could we run in reverse/ we know how all of this ends/ And you will come to regret what hasn’t happened yet” Blood:: Muscles::Bones never lets its guard down, as songs like “Tailings,” “West,” and “Running Dog” fuel the aggression, which, by the way, I assure you will absolutely stand. Who ever said slow and steady wins the race, never tangled with a Street Eater.