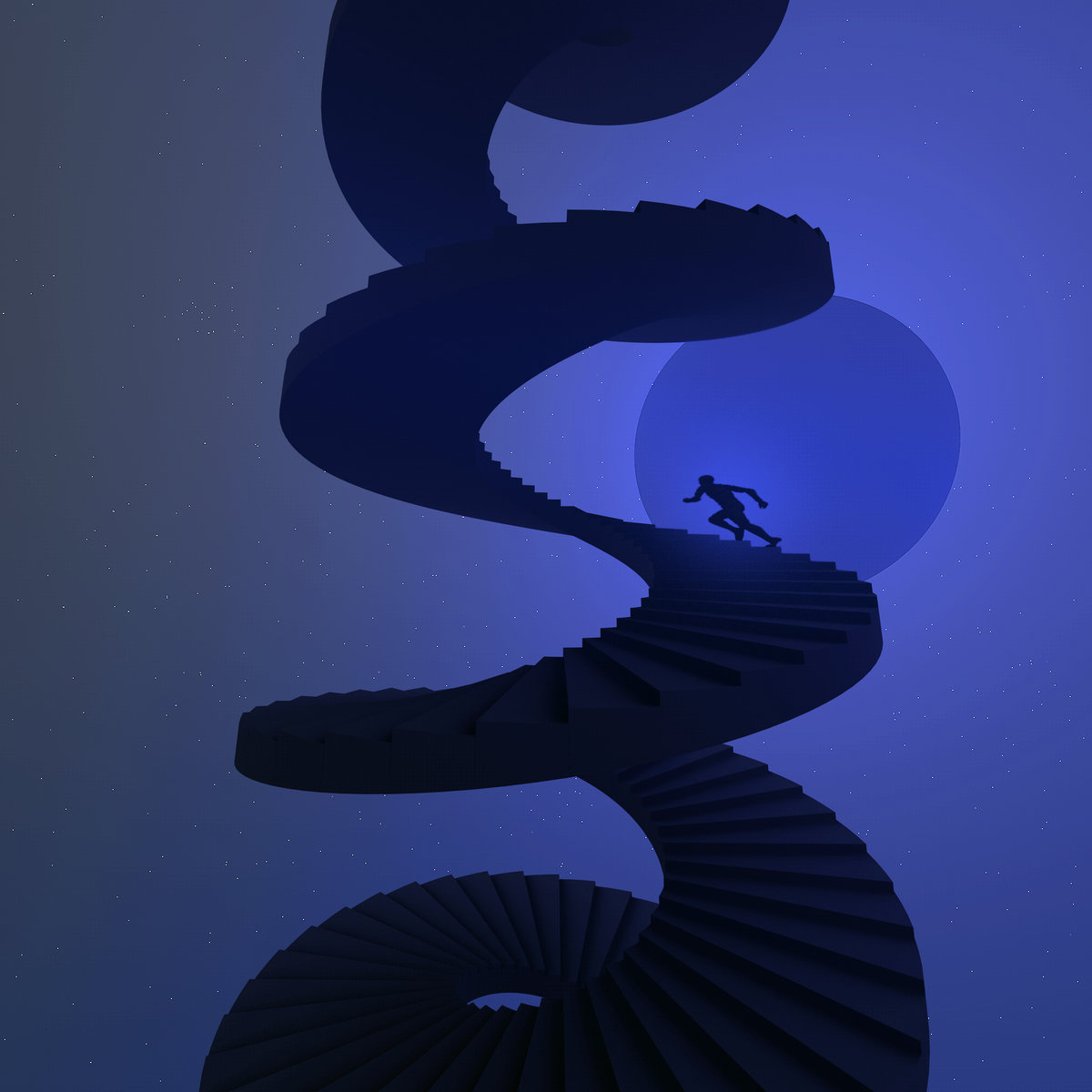 The future is always now for Buffalo avante-garde electronica outfit Space Cubs, and on their first full length LP The 4th Age the intrepid trio find themselves confronting their future, uncertainty, and immense potential head on, with some inspiring results. Haunting and otherworldly, “The End Seems Easier” is some quintessential Space Cubs, an icy and tightly contained amuse bouche that features Suzanne Bonficio’s ethereal vocals submerged yet floating over an eerie, anxious soundscape before “Summons” drops the listener in the deep end of the pool with it’s hyper self-aware freakout of discordance and droning doom.

The lead single and first proper album banger “Sideways” is when The 4th Age really gets going, with a ferocious industrial sound that calls to NIN influenced mid 90’s Bowie/Eno collaborations and the band’s ambitious debut EP. “Circular” is vibey, glacial trip hop floating under mournful melodies and Greenwoodesque guitars that surrenders itself into one of the album’s highest points, the soaring and delightfully grooved out “From This Place You Are Not Alone.” One of those jams you kind of wish were just a little longer, this is some brilliant sonic architecture: Shawn Lewis’s tight multi-rhythms effortlessly supporting shimmering synths, Adam Pressley’s intricate yet swinging finger picking guitar stylings, and Suzanne’s glorious and searchingly evocative vocals while they all reach for transcendence.

“So Low”calls to mind Remain In Light era Talking Heads and the apotheosis of their rather fruitful collaboration with Brian Eno, in part due to the heavily treated and progressive vocalizations, but chilled out and properly funky, with some nice Adrian Belew worthy riffs to keep the groove tight. “Nevernauts” in contrast is entirely untethered, with overlapping beats, rhythms, and discordant melodies coalescing to engulf and un-center the listener before “Ode to WV” pushes the audience even further before hitting a sweet spot of boss grooves and exquisite melody where everything is just right.

“Approaching” and “The 4th Age” close out the album on a bold yet somewhat muted note, with both songs obscured and subverted by varying degrees of atonal sonic chaos, a fitting end to an album built on the tension between connection and creating distance.

The 4th Age is a daring salvo in the form of their debut album from a young band very much exploring their art and the interface between artist and audience.