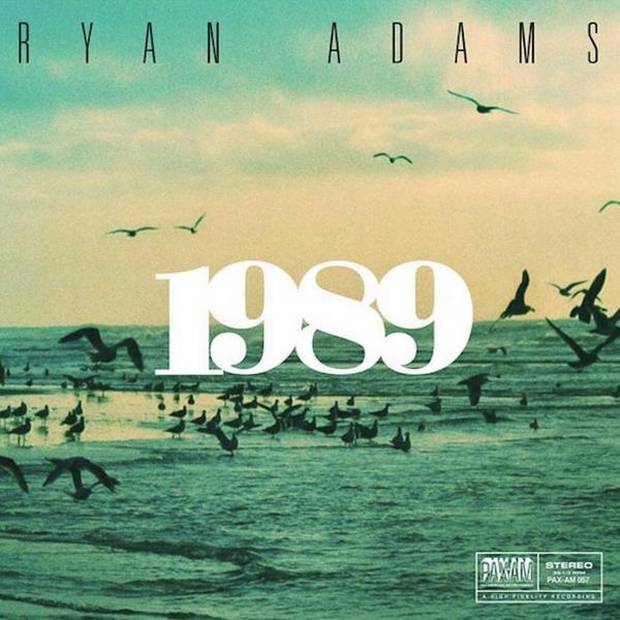 When Taylor Swift finally dropped 1989 last year, it’s success was hardly a surprise. The singer’s new album had felt like the final chapter in her carefully cultivated image as pop’s biggest underdog. Going back to her debut as a teenage country star who’s lyrics read with the vulnerability of a livejournal entry, she was pop music’s ultimate good-girl. But the moment Kanye stepped up on that stage, both were cast in roles in the public eye that would define them for years: Kanye the asshole and Taylor the victim.

With every successive album since then, using her every girl persona her private life as the base of her lyrics, Swift increasingly drew a portrait of her life as someone constantly downtrodden, defiantly picking themselves up. In the process, her music became increasingly poppy and her songwriting grew sharper. This finally culminated in 1989, the triumphant pop album that with the help of Swedish pop guru Max Martin, turned her into the biggest pop star in the word.

So when brief snippets of Ryan Adams fucking around with some 1989 songs first surfaced, questions were immediately asked: What was this for? Was he sincere? Would any of these covers actually see the light of day? Soon, with the endorsement of Taylor Swift herself and the fervor of hype generated on social media, it was announced that alt-country artist would be covering the entire album, in the style of the Smiths no less. There’s no doubt the sheer amount of excitement surrounding this had put pressure on Adams, but one listen and you can sense this only drove him to commit so thoroughly to the project.

It was never going to be possible for Ryan Adams to match Taylor Swift’s army of top producers to deliver the same kind of fun melodies and shimmering production of the original. So rather, Adams has opted to stick closer to his own sound, reflecting on everything he’s dabbled in over the years (folk, college rock, county, dream pop). But what he has done with 1989 is far more interesting than just a mere genre shift—it’s no secret that Adams hasn’t had the easiest of times lately (i.e. his divorce from pop artist Mandy Moore), and one can’t help but hear the resulting emotions reverberate through every song of this project. Despite not having written the songs himself, it almost feels like Adams is using Swift’s words to craft his own personal story. Less buoyant and joyous, Adams isn’t singing these songs as the mass sing-alongs they’ve become, but rather, with the shake in his voice of someone realizing the tune he’s been singing seems to relate exactly to where they’ve found themselves in life.

The sheer flexibility of the lyrics is a credit to Swift, whose versatility as a songwriter seems to go unnoticed among the synths and drop beats surrounding her work. But it’s Adams who takes the songs back down to their roots, almost entirely reexamining  and repurposing them in places. Take for example “Blank Space.” In the hands of Swift and Martin, it’s is both a romance song and a winking nod to her own public image. However, with the imagination of Adams, it becomes something else entirely. Stripped down to nothing but a broken shaking voice and an acoustic guitar, the song becomes almost akin to early Perfume Genius, a heartbreaking number about knowingly entering into a destructive relationship.

Elsewhere, the defiant “Bad Blood,” originally conceived as a not so subtle swipe at Swift rival Katy Perry becomes wistful and dreamy, reminiscing on a relationship wished to end on better terms. And maybe most creative is what Adams does with “Shake It Off.” Swift’s dust-yourself-off anthem is easily the weakest song on her own album. And while it’d be a far stretch to say Ryan Adams salvages it completely, with its melancholic, nocturnal ambiance and Springsteen-esque sound, the mega single becomes a much different beast. As Adams twists the tone of Taylor’s words, the lyrics sound less reassuring, like those of a broken man unconvincingly telling himself he still has his life together.

What might make for the album’s strongest moments though are those where both the intentions of Adams and Swift seem to meet. On songs like “All You Had to Do Was Stay” and “I Wish You Would,” Adams’ indie folk aesthetic and slower cadences seem to linger over ever word, gaining extra emotional mileage out of the devastating lyrics that might be missed in the originals. Similarly on “Out of the Woods,” Adams takes what might be Swift’s strongest writing and gives her words the appropriate venue to soar, turning her skittering pop hit into a haunting Smiths-esque ballad. This isn’t to say that every song is a home-run. Like the original 1989, Adams’ version is a little top heavy and while still strong, seems to lose momentum near the end. Also, while most of Swift’s work leaves room to repurpose or double-down on, opener “Welcome to New York” remains bland, and without the pop-tricks of a Max Martin, is notably weaker here.

That said, this is still an absolutely vital album. While indie rock purists might bristle at the suggestion, it’s more alive and potent than anything Ryan Adams has released since 2000’s Heartbreaker. 1989 is an absolute masterclass in artistic ingenuity and imagination, an album that never runs out of creative ways to focus one’s own personal vision and story through another’s words. It’s an album that should make indie rock snobs reevaluate the work of pop’s biggest superstars and hopefully convert a younger generation of bubblegum pop fans to a larger world of music. So the only question that remains about Ryan Adams’ 1989 at this point is this: Can a cover album be a contender for Album of the Year? With 1989, maybe so.