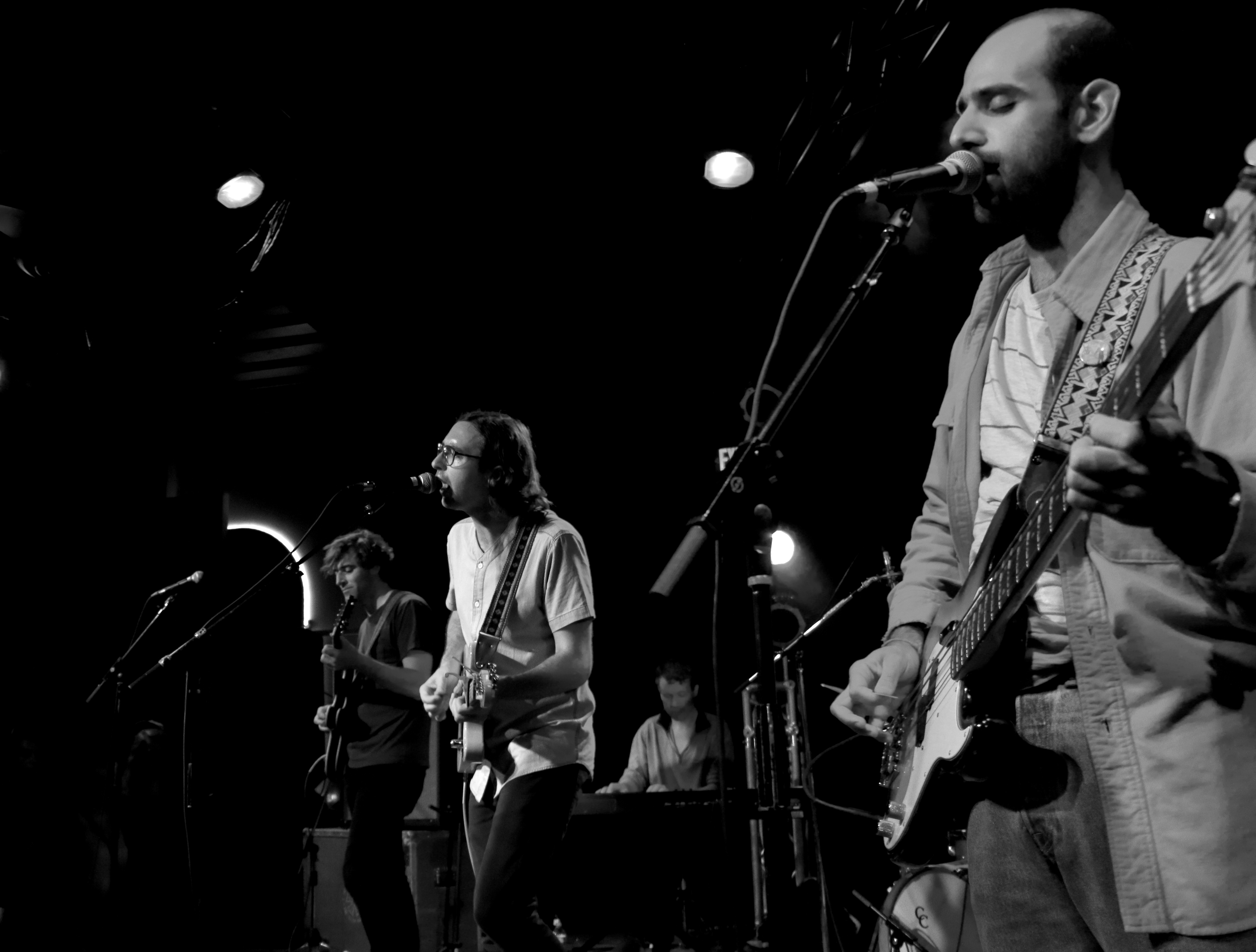 Within ten minutes of me shuffling in, the entire venue goes from about 300 people to full capacity. Bodies are pressed up against the stage. Every crevice is filled on the floor. The band dives right into their muted, suburban-rock jams.

“Have my adopted babies!”

“Play at my wedding!”

Proclamations like these along with “Fuck yeah, Real Estate” chants are hurled at the band from keyed-up fans.

When you hear Real Estate, you don’t really picture their live show being accompanied by a rowdy audience. Understated sound and presence is their whole schtick, but it strikes me as less of a schtick and more of an inherent quality of all five members.

In a 2014 interview with Pitchfork, guitarist Matt Mondanile states, “Our music possesses an ambient quality similar to electronic music — it’s pleasing to have on in the background.” There is no gimmick with this New Jersey born band, who are now based out of Brooklyn. Pretending their music is more complicated than it actually is is something they steer clear of.

Understated, however, doesn’t mean humdrum or boring in this case. At face value, Real Estate’s discography does make great background music. I’ve admittedly handpicked their 2014 release Atlas as a great house cleaning soundtrack. It’s simple guitar driven music with a unique hook nested in each song. There aren’t any screwy time signature changes, no out of place sounds, and the tone stays super consistent. Amidst the even-tempered instrumentals are fairly straightforward lyrics sung in a soft croon by frontman Martin Courtney. For listeners, Real Estate is easy to consume. The important distinction for me comes from the hidden poignancy that washes over you when you least expect it.

The band members are reticent, save a few remarks from bass player Alex Bleeker about what the chicken wings are like here and playing Buffalo for the first time, but the modesty fits the whole aesthetic and it’s totally okay with the crowd. Something tells me that if the guys hadn’t uttered a single word, the audience would be just as thrilled with letting the music be the only dialogue.

I’ll be honest. I wasn’t super familiar with Real Estate’s whole discography before this show. I knew that I liked the band’s style and the handful of songs I could remember off of Days and Atlas. I find myself in a groove while watching nonetheless. Halfway through the band’s set, I break my transfixed state and take a look around. There’s a girl staring wide-eyed at Courtney. A dude intently inspecting the pedal board in front of Bleeker. Another fan rocking front to back, waving clasped hands like he’s praying. A row of people in front, all concentrating on different focal points, swaying in their own moony patterns. As much as each song is a separate bauble to be enjoyed, the overall simplicity of them allows each listener to pensively live inside their own pocket of memories and feelings.

A thought settles in as I watch the sea of onlookers zone out; this band really means something to these people. This music is important. Real Estate is more than just background music.