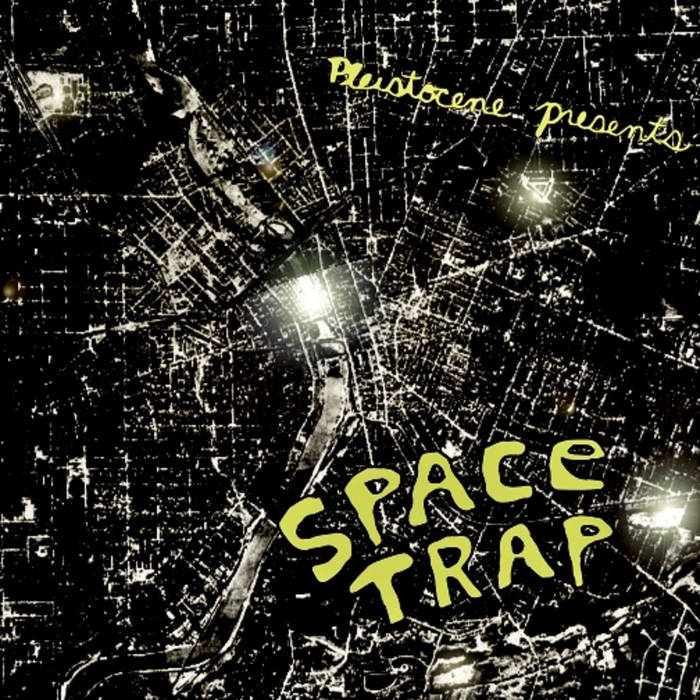 I probably shouldn’t even be surprised anymore; at this point it’s safe to say that Rochester has officially raised the bar. Our I-90 neighbors have been churning out quality release after quality release, and their latest surge of fresh local music has given no sign of relent. This week we bring your attention to Space Trap, the latest EP from jangle pop superunit Pleistocene. The EP, officially released earlier this month via Cherish Records, finds itself amongst some of the best material in Pleistocene’s growing discography and proves itself worthy of inclusion with a confident bite to back up its bark.

For those of you unfamiliar with Pleistocene as anything other than the ice age epoch of mammoths and sabretooths, it’s in your best interest to refamiliarize. The band’s jangly surf pop/shoegaze blend frequents our blog often (their 2014 song “Secular” snagged a top 3 spot on our ‘best of’ list last year), and the four-piece is fresh off a sizzling Herd Fest performance that left their lively Mohawk Place crowd wanting more.

Their latest effort, Space Trap, though sadly just 4 tracks in length, still packs (and arguably perfects) the dreamy heat the band has built its name on. EP opener “Pulp” dials down the twee for something a bit more haunting than previous material; interpretative lines like “Nothing you set in motion / a most discouraging omen / of all the shams alive, your body and your mind” sets a certain solemnity to the song’s nostalgic verses and choruses. The song’s music video further explores that interpretative tone (pizza, headlamps, musical chairs, yes?) Yet the song is still uniquely Pleistocene, fifteen-foot waves of jangle and fuzz with the velvet voice of singer/guitarist Katie Preston spread evenly over it all.

“Liberteen” has ‘the single’ written all over it, a perfect summer jam for 2015’s appropriately-hashtagged #bestsummerever. High energy, hand claps, singing guitar, and tambourine all coalesce into what can easily be considered Pleistocene’s catchiest song yet. The track’s inviting vocal melody and windows-down choruses make the song infinitely accessible despite lyrical content that touches on the struggles of relationships—it’s emotional objectivity at its most palatable.  Shouts of “Liberteen!” could be heard from the crowd as Pleistocene obliged an encore Thursday night at Mohawk Place. There’s good reason for that.

The brooding verses of “Rural in my heart” are brought to life by a brilliant tempo-change in the track’s massive chorus—keep an ear out for that, and try *not* to crack a smile during the “too-ra-loo’s” of EP closer “Jonie” (bet you can’t.) All these little moments—the raw notes in “Liberteen,” the King Boo synth in the beginning of “Pulp”—are exactly what gives Pleistocene such surf-pop matchlessness. Space Trap is full of those moments if you listen carefully. Pick up the 7” over on Cherish Records’ website or a digital copy on Pleistocene’s bandcamp.