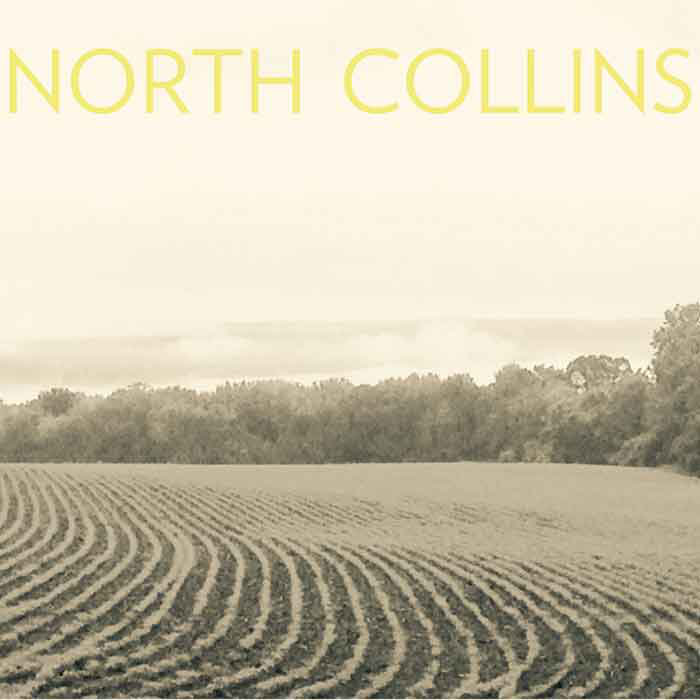 You know the saying—“Another day, another rad album of the week from Rochester.” Pretty sure that’s how it goes. At any rate, it holds true this week; Rochester pop-folk duo North Collins having dropped a wonderfully-composed nine tracks of lush experimental folk. With its uplifting male-female harmonies and striking, appropriate orchestration, the self-titled debut fits nicely on a shelf between an Illinois-era Sufjan Stevens and indie-folk contemporaries Mates of State.

When Mac first sent me the link to the duo’s bandcamp, I thought perhaps he was making reference to the project’s name; North Collins is also the name of a town neighboring my hometown of Eden, a Buffalo suburb. “Heh, a suitable listen for an Edenite,” I thought, as I opened the link and plugged in my headphones. All novelty aside, North Collins is the real deal. From the very first track, “Western Sky,” I was drawn immediately to the impressive compositional aspects of the music—a wide array of strings, bass, guitar, percussion—all coalescing into one of the most well put-together releases I’ve heard this year.

A comparison to Sufjan Stevens does the project no disservice, as aforementioned, the orchestration and harmonies are very similar. Though, North Collins deviates in its instrumental pieces, creating an experience decidedly more mesmeric that could easily find its way into a film soundtrack. This should come as no surprise, violinist Robert Pycior—half of the husband-wife duo—has composed scores for a number of films, documentaries, and television shows over the past decade. These cinematic aspects bleed nicely into tracks such as “Durand,” “A La Deriva,” and the charming “Driving Park Way.”

Pieces like “Bridge of Branches” mesh these stirring compositions beautifully with male-female harmonies, Pycior’s smooth tenor complemented by the voice of Celine George, Pycior’s wife and the other half of the project. Other notable album highlights include the tense sonic layers of “Lobata,” the ambient dream-like waltz of album closer “Wild One,” and the urgency of percussion-heavy number “Hem,” my personal favorite of the record.

Pop-folk is a too broad a generalization for North Collins; their compositions reach too many branches to simply toss a single genre at it and expect it to stick. Visit the duo’s bandcamp page below to experience the immersive layers of their work for yourself.