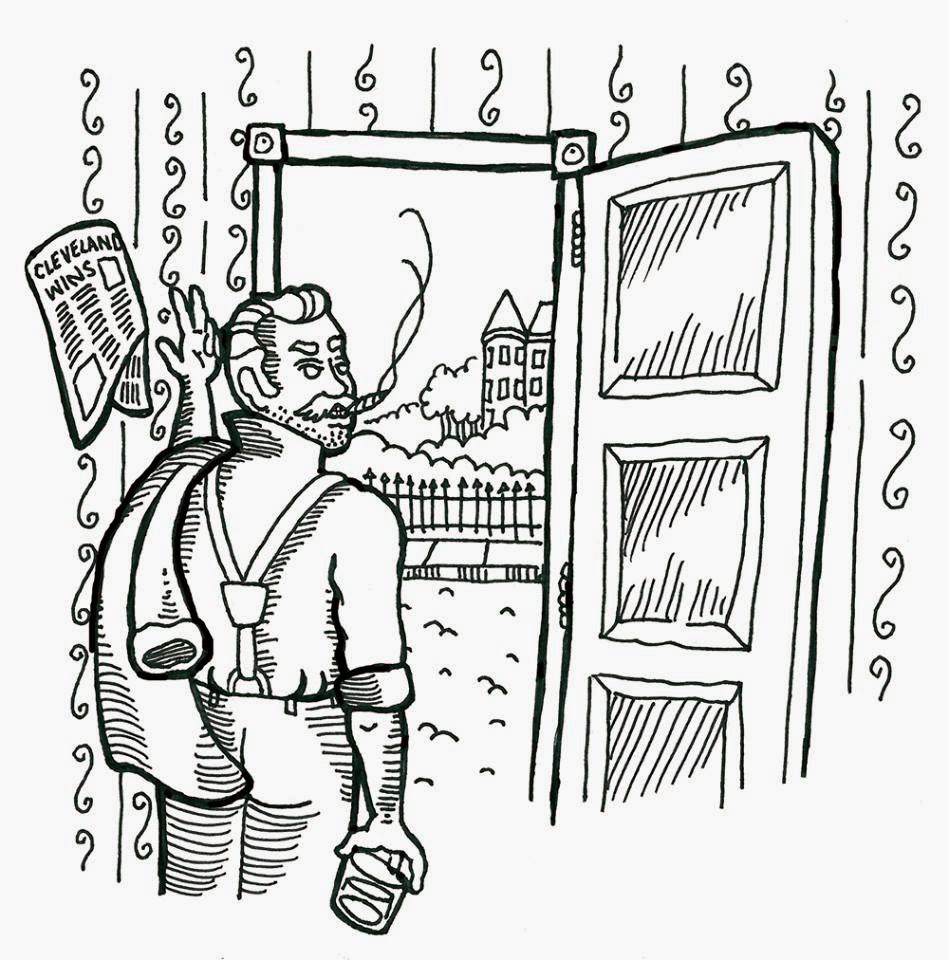 Local troubadour Nick Gordon has released an original song for the literary project, The Life and Times of Grovey Cleves, a dark and humorous look at the former Buffalo Mayor and two-time President of the United States. Titled “Grovey’s Tune,” the twangy folk song (think a little Arlo Guthrie, a little Red House Painters

) is a somber look at Cleveland’s path to the White House. Gordon wrote the song (see lyrics below), and released along with fellow local musician Eric Kendall. Kendall also contributes drums and guitar.

Written by buffaBLOG and Block Club contributor Scott Mancuso and illustrated by local artist Mickey Harmon, The Life and Times of Grovey Cleves celebrated its opening reception this past Friday at the Western New York Book and Arts Center. If you were not in attendance, the exhibit will continue its run at WNYBAC until May 10th. In addition, copies of the book will be available to purchase at the Buffalo Small Press Book Fair next month. In the mean time, listen to “Grovey’s Tune” below.

A mind without peace
Stuck in political grease