Neil Young and Promise of the Real – The Monsanto Years 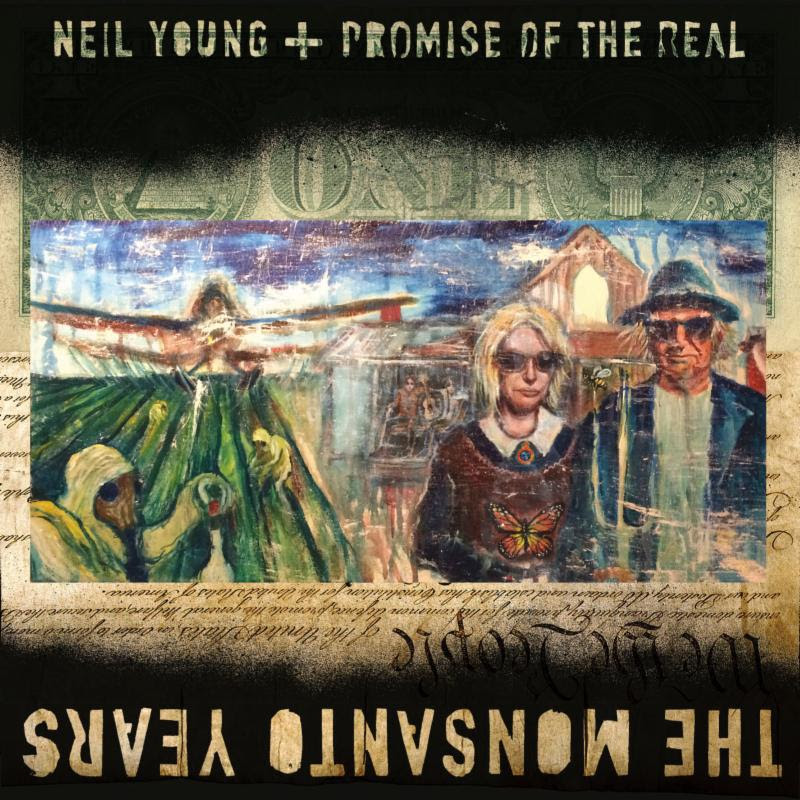 Sure, in writing it sounded like a good idea, or at the very least a ballsy and righteous one. Neil Young, one of rock’s most dedicated social and environmental activists, dedicating the space of an entire LP to taking down one of the most controversial corporations in modern America, Monsanto Company, your trusted neighborhood manufacturer of carcinogenic PCBs, genetically-modified farming seeds and various herbicides.

But political art – be in poetry, literature or music – is a delicate balancing act, and usually necessitates a less-or-more approach. This is the central problem for Neil Young and Co. on The Monsanto Years: he drives home the same points so heavy-handed and incessantly that his message grows dull and befuddled long before the record’s end. Attempts to clarify his argument – on “A Rock Star Bucks A Coffee” he addresses legislative efforts to have GMO foods labeled, and the company’s responding lawsuits – come across as clumsy and contrived.

That’s not to say the entire effort is a failure, however. Album opener “A New Day for Love” is an earnest and powerful environmentalist call to arms, while “Big Box” is the perfect protest song for a post-Recession, post-Citizens United world. He blasts corporations and their abetting politicians, turning buzz-words on their heads (“Corporations have feelings, corporations have soul … too big to fail, too rich for jail”) with sardonic fury and pure vitriol. Yet the biggest draw for the album is the awesomely grungy roots-rock of Neil Young and his backing band, Promise of the Real.

The music might work, but the lyrical concepts often feel underdeveloped and offer little that is new, especially powerful or enlightening. If his goal was to spread awareness of the dangers and doings of Monsanto, he probably would have done better with a Rolling Stone or NY Times Op-Ed piece.