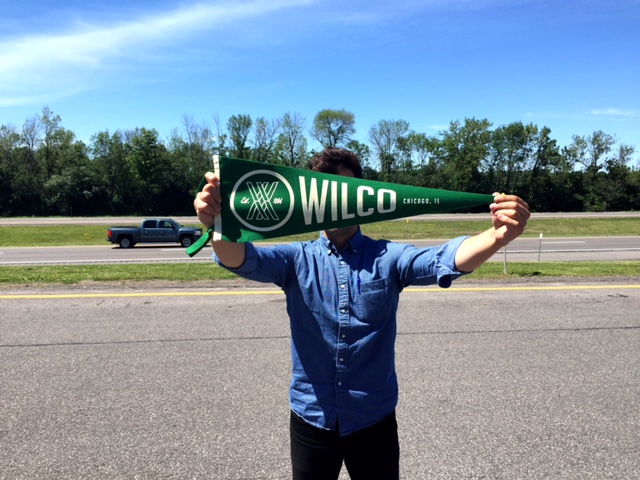 If you have caught Wilco on tour over the last couple months, most recently at this past weekend’s Solid Sound Festival in Mass., you may have noticed an eye catching item at the band’s merchandise table courtesy of Oxford Pennant. The Buffalo based pennant company was contracted to custom design a flag (pictured above) for the Illinois born act in honor of its 20th anniversary. The green wool pennant is currently on the road with Wilco as the band makes it way across the United States.

Oxford Pennant is no stranger to music related items. The company’s catalog includes designs inspired by Kayne West and Drake, and prior to Wilco, OP created a custom pennant for a recent Phish tour as well.

While Wilco normally includes a Buffalo or Rochester date on its frequent tour itineraries, it looks like the closest Jeff Tweedy and crew will get to WNY this year is the Toronto Urban Roots Festival (helped curated by Funtime’s own Donny Kutzbach), so if you want to grab one of OP’s Wilco pennants, head over to the band’s merchandise store here.