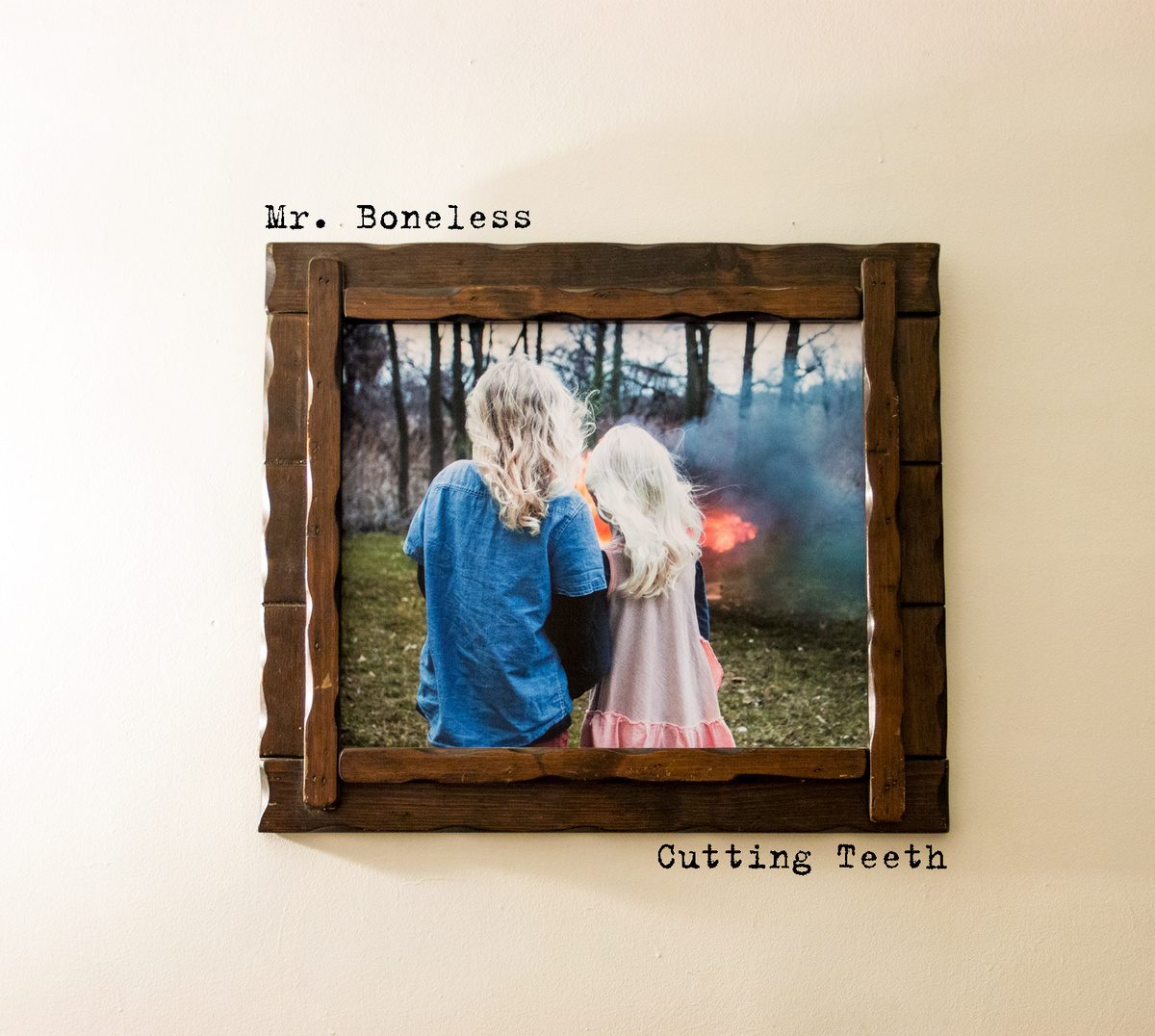 The great Howlin’ Wolf once sang the words, “…if you want me baby, you got take your time, because I’m built for comfort, not for speed.” Now, truer words couldn’t have been graveled out into raspy excellence, however, why do we have to choose? Can’t we be fast and comfortable? Why yes, yes we can, and the proof is in the puddin’ pop. The figurative pudding pop I am referring to is the first full length release by Queen City juke joint marvels, Mr. Boneless.

Cutting Teeth, the debut from the Buffalo steam folk quartet, is the follow up to their 2012 EP, Shame, all hopped up on dirty coke and Tullamore Dew. The ten tracks take you for a ride on their zooped up 1932 Ford as it hugs the midnight curves of a bootlegging road. Mr. Boneless doesn’t only take us for a joyride. They also manage to transport us to the basements and back rooms of the deep south, where the Blues was born, with tracks like “Stonedad Waltz,” “Vetis,” and “John The Baptist.”

Now there are definitely punk elements to Cutting Teeth, which can be found rooted deeply in pretty much every single song on this record, in particularly on “Captain.” But you can’t be a punk without going through the Blues first. After all, Blues was the first punk rock. It was recorded for kids, by kids, and preformed in back rooms, basements, and houses, exactly where Cutting Teeth should be played.

What really drives this record is the distinct vocals of Elliot Darling. His nasally range gives the album it’s variety, from the alt-country number ”Shame,” to the balladry of “Skull Kid” to the amped up, aforementioned “Captain.” While other records make very distinct choices, Mr. Boneless says fuck choices. With all due respect to the Late Mr. Wolf, but Mr. Boneless proves you can be built for comfort and for speed.