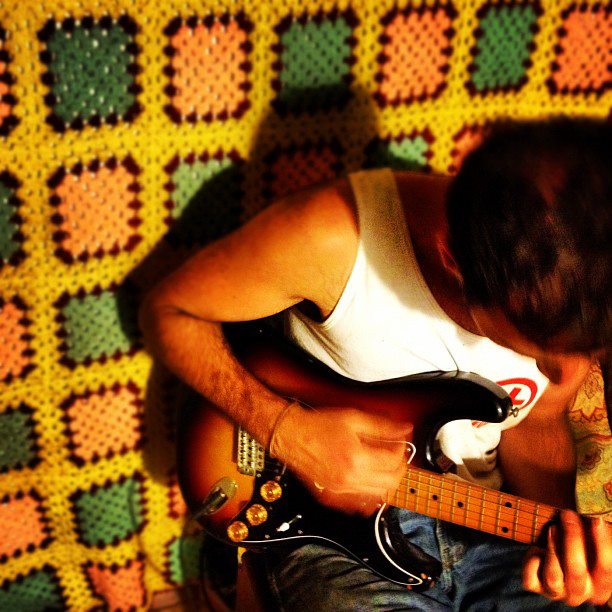 Catch a Buffalo native back in his natural habitat tonight as Matt Script will be preforming in a showcase with Lady Lush and the Vinyls, Soloman Dixon, and Julian Burgois at The Gypsy Parlor. Script has been preforming in these parts since his high school days, but if you haven’t managed to catch him live yet, now’s your chance.

Script’s music would best be described as indie-folk, though his tendency towards the experimental makes me want to say he’s more avant-indie than straight up folk.  His sound is current, the type of stuff you feel cool listening to, like you’re on the ground-floor of some up-and-coming scene. His influences are varied, ranging from The National to Bibio to the Dodos.  Each of his songs seems to showcase the different ways he uses his inspirations to create something uniquely his own.

Script plays guitar and keyboard, sings, and works with a loop pedal to create such a complex sound that you have to look twice to believe there’s really only one dude on stage. His ingenuity ensures us he won’t shy away from unconventional tactics.  The way Script turns his limitations into assets is one of the most exciting parts of seeing him live.

Working with incredibly varied themes, at times, he produces light-hearted tunes about lasting friendships and nights at the Pink in songs like “My favorite Color.” Other times he laments the confusion of our nomadic early-twenties in “Permatransience” and “IDC.” Script has been creating music for so long he’s had time to find balance in his themes and explore different ways of using music to express himself.

Tonight, Script promises to keep things light, playing up-beat, dance-friendly songs off his past albums as well as a cover or two.  He realizes this is a Friday night after a long week and we could all use a good time. So hit up the Gypsy Parlor and let that red mood lighting and Matt Script’s innovative beats make us all feel pretty damn cool.  Doors open at 8:00pm, entry $4.