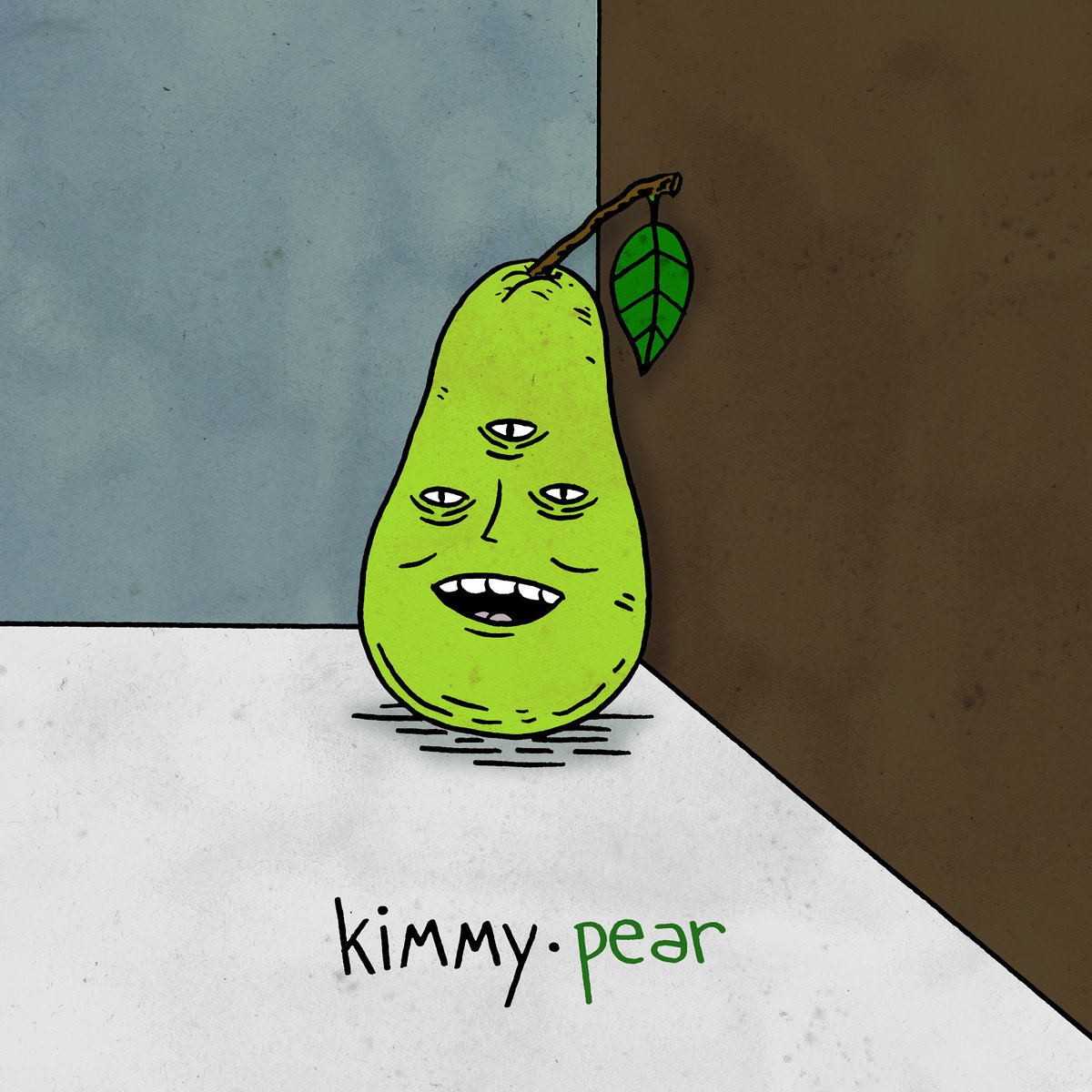 Pear, by Kimmy, is a recent release by the Buffalo group deeply immersed in the thrashing indie rock scene.  With vocals that sound like a punk-y Kevin Drew (sometimes even King Krule), the band sports an interesting dynamic for listeners here, there, and everywhere.   Instrumentally, Kimmy is the younger brother of The Blood Brothers, and a cousin to Pissed Jeans.   Unafraid of technical dynamics and rhythms, the newly formed band teamed up to record with Steak & Cake Records’ head honcho/producer, Brandon Schlia.  Kimmy writes mosh-worthy tunes meant to shake off whatever parasite’s within.  One listen through will make you wonder why the pear on the album cover isn’t skinned and leafless.

The EP kicks off with “Parasite,” which cuts like a dirty, rusted blade.  The artwork continues onto “Mutt,” a six-and-a-half minute song with plenty of intense instrumentals.  The lyrics, “… sometimes, this is not enough,” give the musical piece a hopeless edge.  Once past the consistently brash “Master & Commander,” the listener will encounter “On the Run,” a piece that will leave your guts sonically shredded by a quickly strummed guitar resonating in your head like a siren.  “Destroyer” marks a fitting end to such a dangerous-sounding extended play; ironically, it is the “lightest” (I use that term lightly)
track on Pear.