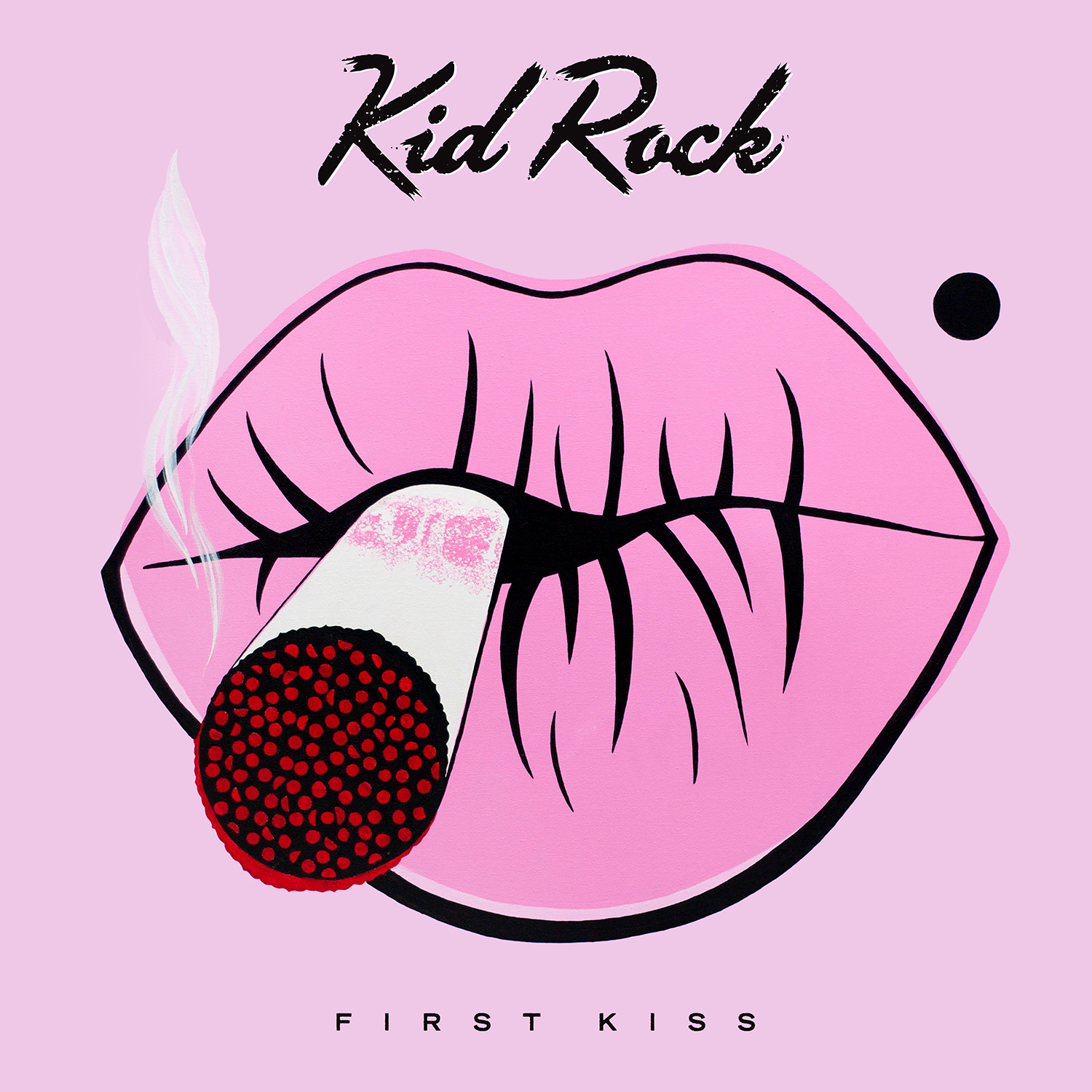 Believe it or not, Kid Rock turned 44 back in January, and he’s not sounding so young anymore. On First Kiss, his tenth studio album, the American Badass stays firmly planted in his front-porch rocker, offering up what might be the chillest, most country-infused music of his long and (somewhat) varied career.

Of course it’s nothing we haven’t seen before. The Kid’s been moving toward Seger-esque rock ’n’ roll, southern rock and country ever since he sang about putting your picture away with Sheryl Crow, peaking with 2010’s classic rock achievement Born Free.

But where Born Free was endearing – almost charming – in its simple, sunny authenticity, First Kiss often feels cloying and repetitive. On the retro boogie-rock of “Good Times, Cheap Wine,” Rock yet again reminds us what he likes – which, in case you forgot, is “good times, cheap wine (and) backbeat rock and roll.” Elsewhere, he’s dripping with as much sentimentality as your grandmother: looking back is clearly the record’s theme, if Kid Rock even bothers with anything so artsy or intellectual. The title track is a country-pop take on the same story we heard in the 2008 hit “All Summer Long” – complete with rock-band references and carefree sentiment – while “Drinking Beer With Dad” is so slow and sappy in its reminiscing it sounds like a parody of the old-school country ballad.

Again, it’s all well-trodden ground for the Kid. But without the oomph and intensity of his previous records, it gets to feeling stiff and overdone awful fast. When he proclaims “Why don’t you just fuck off and die” on the acid-tongued tell-off “FOAD,” it’s refreshing to finally see the “Devil Without A Pause” a little riled up. Before that, the only passion we get is grumpy railing against popular trends, social media, city culture and unspecified “monkeys in suits writing laws and rules … talking ’bout taking my guns away” (the latter from the quasi-political barn-burner “Ain’t Enough Whiskey”).

Though not a wholly awful effort, First Kiss by in large feels too comfortable, too lax – even by the low standards set by Rock’s previous work. Sure, no one is expecting Kid Rock to drop the next OK Computer, but sometimes it’s hard to feel he’s being anything but lazy on this record, sticking stubbornly to his mainstay topics – babes, booze, music from his past and country livin’ – while hardly trying to find new, creative ways to express it.

Of course, sameness isn’t likely to cost Rock too many points with the country crowd – a genre that has long resisted innovation, outside influences and intellect. For many, maybe all First Kiss needs is sunshine overhead, green grass underfoot, and a cold beer in hand. But like his last few records, this one seems to have come at the wrong time of year.