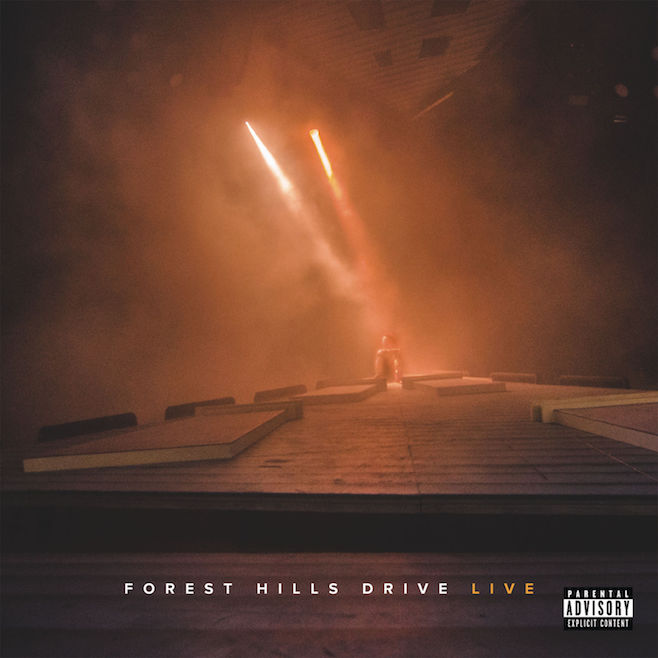 J. Cole released his fourth album,  Forest Hills Drive: Live from Fayetteville, NC at the tail end of January. This is a live album of Cole’s third album Forest Hills Drive, except with the bonus addition of “Note to Self.” The album is very different from the studio version. The intimacy, and emotion with his lyrics are brought to life. The big hits like “Fire Squad,” “Wet Dreamz,” and “G.O.M.D.” are told with so much passion emotion that the listener will feel as if they were at the concert with their eyes closed.

Forest Hills Drive: Live from Fayetteville, NC runs through each song starting with “Intro” and ending with “Love Yourz.” Throughout this album, you get a chance to experience J. Cole on a personal level. The story he tells through Forest Hills Drive is explained in easier terms through this live album. It gives us an intimate experience where we can connect to the individual songs on a different level.

His voice and emotion is brought out in this album. While explaining these songs to the crowd, he gets fired up. “A Tale of 2 Citiez” for example, has a bit of emotion to it. J. Cole expresses his emotion strongly through the verses. He emphasizes each word that he feels needs to be expressed with the upmost importance.

“St. Tropez” reminds us of his style of rap. J. Cole’s style is very unique, and it is very organic. His rhythm flows, and his jazzy style lights up this song. This is one of the songs with the live band playing in the background, and also the background singers singing in and out during the song. In the middle of the song, he pauses to talk to the audience. Cole explains why he enjoys speaking to the audience and making them feel every single word that he is rapping.

“G.O.M.D.” is just an incredible song on this album. The audience is fully engaged in this song, and you can here the crowd singing along during the chorus. Cole runs through it as if he is yelling his emotions out of his mouth. This song is where you can tell the audience is totally focused on his performance. This is where it is completely different than a studio album.

“Love Yourz” is a beautiful example of intimacy in the album and is the closing track. J. Cole explains what the album and the song mean to him in his life. He tells the audience that the album is about his thoughts on life and happiness. He wants his audience to know he isn’t about all the hype and money. He brings himself down to earth as a human, not a celebrity.

This album is very intimate for any J. Cole fan, and if you are not a fan, this album may change your outlook on his music.