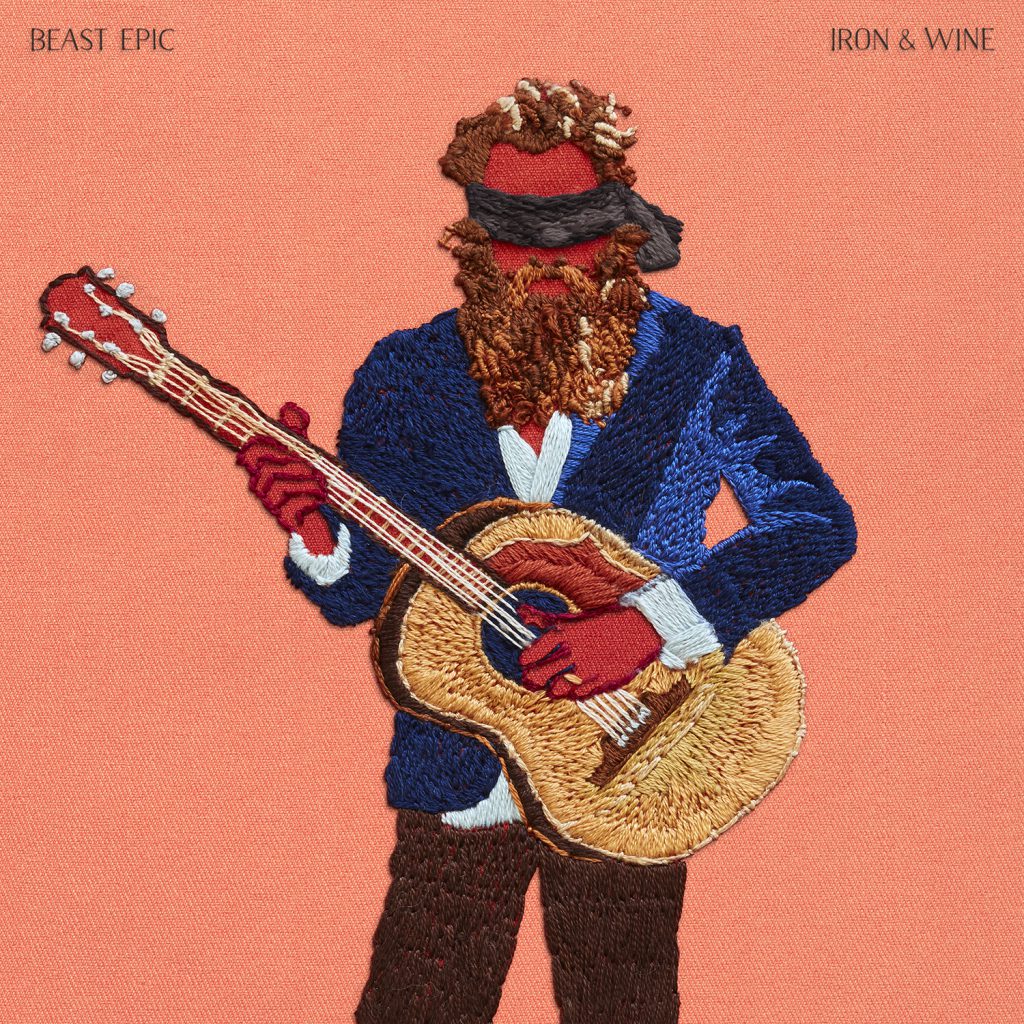 On his sixth studio album, Sam Beam feels like he’s come full circle. When he first started out, Iron & Wine was a solo acoustic vehicle, defined by his DIY lo-fi home recordings. With each subsequent release, his sound evolved and his band expanded, all the while helping to define the indie folk movement of the last decade. On Beast Epic, there is a shift back to an acoustic-centric focus, but with years of experience now giving both fresh weight and familiarity to this set of songs.

Beam’s poignant, narrative lyricism and trademark hushed-vocals have always been the winning ingredient to Iron & Wine’s music. It is what has allowed him to glide seamlessly through different styles and sonic palettes during his career without losing the warmth and immediacy of his songwriting. No matter what’s happening on the surface, whether it’s the orchestral jazz-folk of 2013’s Ghost On Ghost, or the glitchy and funky electric R&B of 2011’s Kiss Each Other Clean, his strength as a songwriter always provides a strong foundation.

In the four years since his last record, there was a sense that Beam may be returning to his roots. In 2015, he teamed up with Band of Horses’ Ben Bridwell for a stripped-down all covers record. 2016’s album of duets with singer Jesca Hoop could almost be seen as a prologue to his latest Iron & Wine effort, as both records employ a soft and airy acoustic tone. These side projects seemed to be trending him away from the more densely arranged and produced sound of the previous few records.

Beast Epic takes Beam’s voice and puts it center stage. The arrangements, while beautifully fleshed out and utilizing a full band, take on a more ornamental role. Lilting lines of piano, organ, strings and light percussion dance around prominent acoustic guitars and melodies delivered by a unique voice that’s as strong as ever. Lead single “Call It Dreaming” is focused and building, adding layers as it goes, overtop perhaps the catchiest tune of the record. “Thomas County Law” is classic Iron & Wine, a buzzing and rustic ballad of poetic intimacy. The standout here is “Bitter Truth,” a gorgeous and earnest depiction of a dissolved relationship, with swelling and subtle instrumentals that never get in the way of Beam’s delicate vocals and sorrowful prose.

Although there is that sense of returning home, Sam Beam takes the familiar and breathes new life into it. This isn’t the first Iron & Wine album to feature stripped down acoustics, but there is an added element here that allows it to feel new and present; his sound here is as aged and road-worn as the number of years in his career might suggest. Beast Epic is an affirmation of the import role this artist’s catalog has had in the shaping of modern independent music.