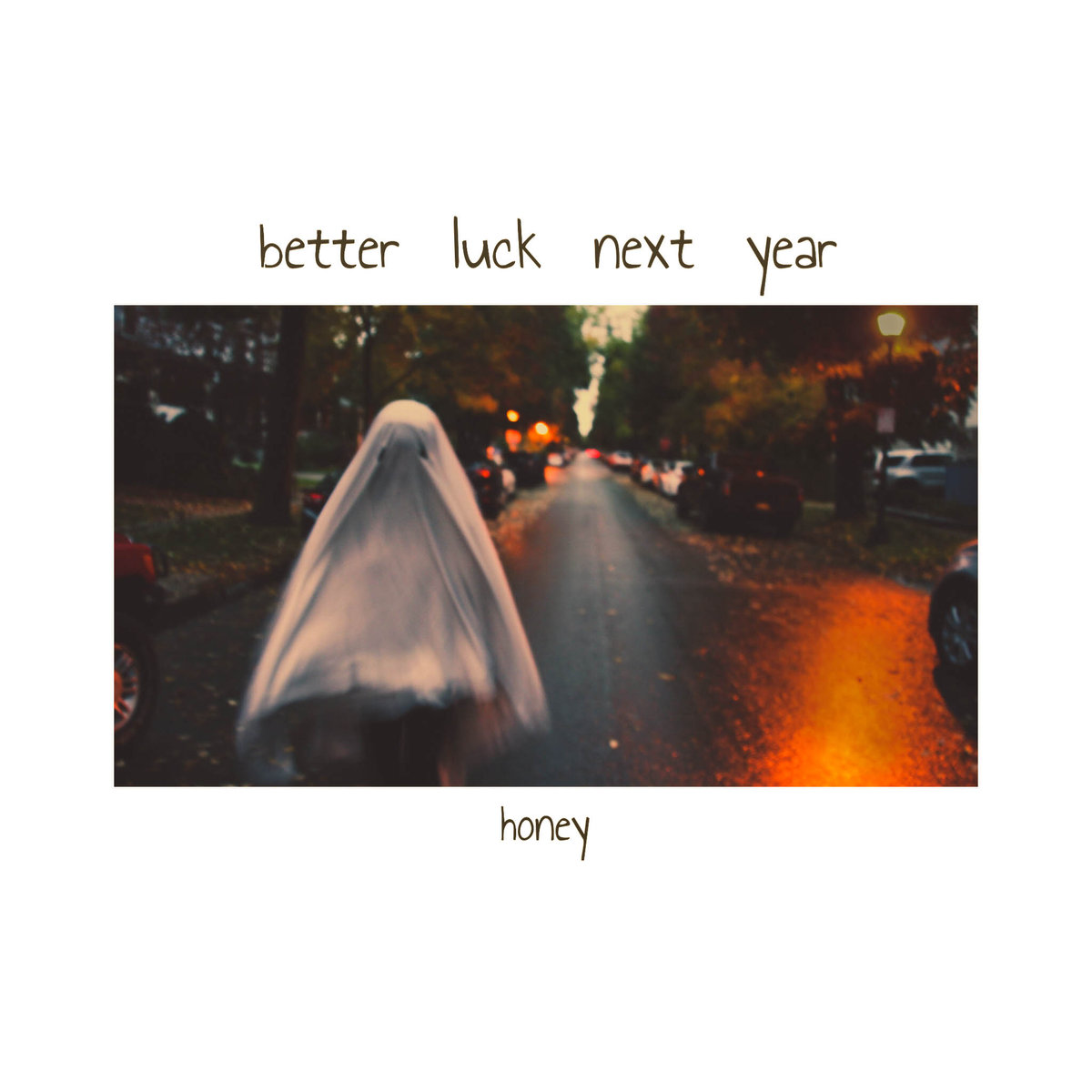 It’s that inexplicably romantic, mid-autumn time of year where the leaves have changed but haven’t quite fallen. The kind of weather to make you feel nostalgic about just about everything – sweater weather if you will. It’s the perfect time of year to curl up and get sentimental with a new emo album. Here’s our recommendation for this week – they are a band called honey and their new EP is called Better Luck Next Year.

honey is a duo from Buffalo, Katlin Purpura (bass/vocals) and Eric Bechard (guitar/vocals) to be exact. Better Luck Next Year hits that sweet spot between bedroom-pop production and true, emo sincerety. They recorded BLNY DIY-style over the course of one day in Syracuse with their buddy Tim Hall. honey’s male/female harmonies blend perfectly with the ever-so-slight lo-fi warble of the EP’s production. It bridges the gap between an early 90s emo sound and newer acts like Tigers Jaw, Petal, or Pinegrove.

Album opener “Raked” is an awesome song. I admit that I have a weakness for a good emo song… but this is an amazing emo song. “Raked” is the kind of jam that gets you smiling and head-bobbing immediately. It’s a bouncy tune about being determined to be true to one’s self; to pick whatever Halloween costume you want, even if nobody knows who you are. It’s a lighthearted song about feeling like a dead leaf and having the right to be weird if you want to, and I can get behind that any day. I forgot to mention, it’s also really catchy.

Another album highlight, “I’ll Be Right Back” just got the music video treatment. The pumpkin-headed crew took some nostalgic-looking video of their fall shenanigans in what appears to be Delaware Park. “I’ll Be Right Back” is the perfect soundtrack to Better Luck Next Year‘s loose Halloween theme – it’s the slow jam on the album, but it’s passionate as all get out.

“Hand Satanizer” is another catchy nugget that capitalizes on the bouncy emo-pop style of “Raked.” Their quasi-sarcastic lyrics are also a big part of honey’s appeal. That being said, at the very least, Better Luck Next Year is a lighthearted batch of songs from a promising Buffalo duo. It’s a much-needed reminder not to take yourself too seriously, even when you’re drowning in a mid-semester workload or coping with the newfound perils of adulthood.

Be sure to swing by honey’s Bandcamp page and snag Better Luck Next Year for a very reasonable “pay what you want” rate.