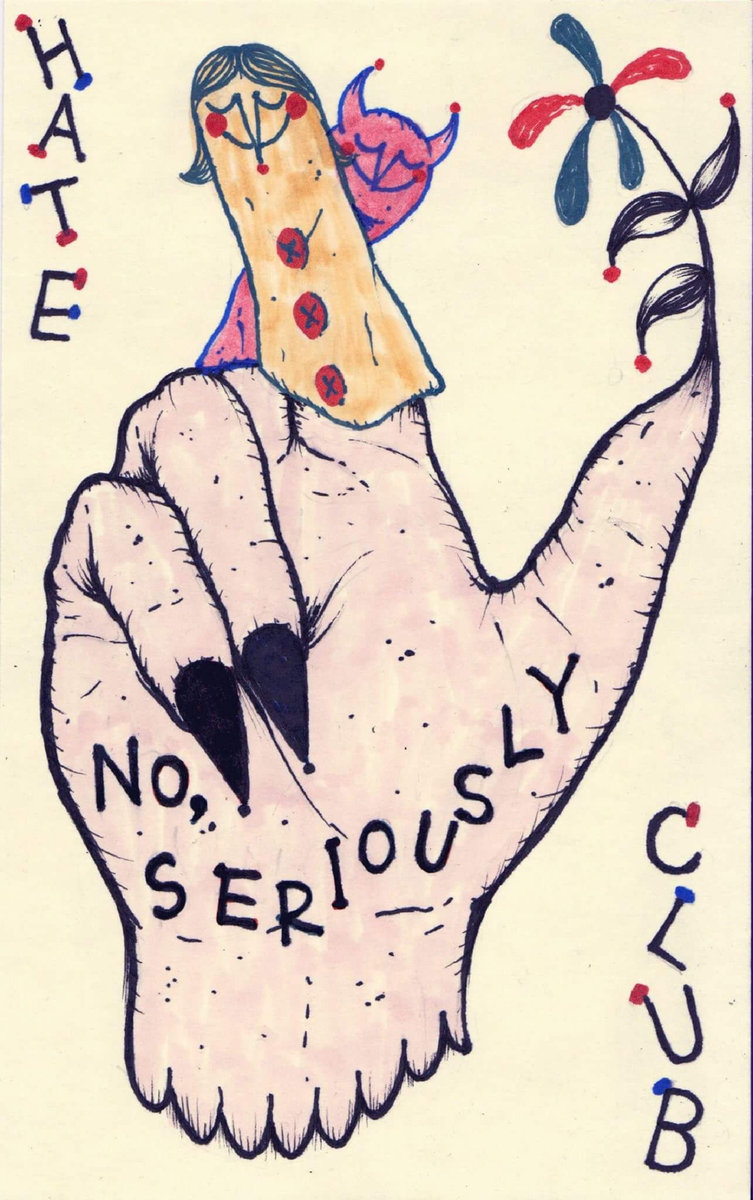 Hate Club is an Albany based band that exhibits all of the raucous and raw energy you’d want to find in an indie pop/slacker group. On April 19, Hate Club released their debut EP titled, No, seriously. It’s a refreshing 4 track outing that packs a punch. The 4 piece, consisting of Audrey Goodemote on vocals/guitar, Noah Bondy on vocals/guitar, Alex Brooks on bass, and Ethan Sullivan filling out the drums, are a relatively new band, only coming together in January 2017. The band describes themselves as Tweemo, a nice sounding portmanteau (unlike most other ones) of twee and emo.

Vocalists Goodemote and Bondy trade off vocal duties, striking a balanced approach with neither band member overshadowing the other. Their voices mixed together have a dreamy quality to them, like wisps of smoke from two separate sources weaving in and out of each other. This particular sound quality is aided by the relatively slow tempo the band plays at. Unlike other groups playing a smash up of indie and pop-punk, Hate Club slows things down making for an emotive feel to their sound.

Opening track “Passive // Aggressive” is the most get-in-your-face song on the record and showcases how the band likes to layer their vocals, with a thumping drum beat filling up the space in the back and a bass and guitar that intertwine together to make a punchy rock sound. The lyrics coming out from the duo are personable and full of raw energy, detailing stories and moments that seem like the inner workings of a diary.

It’s pretty impressive what Hate Club has come out with in only a few months as a band. The playing is sharp, all of the separate elements cohesively come together to make a fully realized piece of music. It’ll be interesting to see what they come out with next as they grow together as a band. You can pick up No, Seriously on lavender colored cassette through Bee Side Cassettes and can listen to the record on Hate Club’s bandcamp.