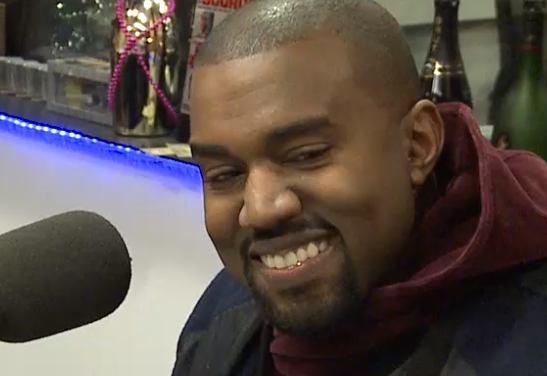 It’s 2015, and Kanye is happy and making an album. He was hungry making College Dropout, inspired for Late Registration and Graduation, depressed for 808s, desperate for MBDTF, and angry for Yeezus. Every one of his solos was reflected of Kanye’s state of mind during their time period, and now Kanye is probably in the most simple emotional state he’s been in since he’s entered the celebrity arena. He’s got a wife and daughter he loves, and his fashion career that has often been a point of frustration in his life, appears to be turning a new corner. Simply put, Kanye is in a good place.

Is that good for us as listeners though? “Only One” is probably the best song Kanye has let out in the new year, but right now I can’t say that that’s even a top 20 Ye track. “FourFiveSeconds” is one of the more disappointing tracks in memory, as accurately described by Justin on here last month. Kanye, McCartney, and Rihanna together on a track and it’s that? I think it’s a solid song without context, but that song could’ve been an all-time great pop collaboration. “Wolves,” recently debuted by Kanye, is in desperate need of an official iTunes release. I like it, but if it’s true that this will be the intro on Kanye’s album, I’m disappointed. It doesn’t rival the instant lovability of previous intros from Ye, songs like “We Don’t Care,” “Heard ‘Em Say,” and “Dark Fantasy.”

His “All Your Fault” feature on Big Sean’s album is my favorite thing he’s done this year, and it’s not even his track! I don’t ever want to doubt Yeezus, but I think it’s safe to say that this is one of the weaker strings of songs Kanye has released ahead of an album. Is it because he’s too happy?

In an interview with The Breakfast Club this morning, Ye described the album’s sound as “Cookout Music.” That’s not at all what I’d classify the tracks as that he’s let go. Maybe they aren’t even on the album and I’m worried for no reason. I’m happy for Kanye, I’m happy that he’s happy. I just hope that Happy Kanye makes better music that he’s been making so far. He’s been happy in the past, but it’s never been his identity quite like it is right now. Will the happiness lead to a great, positive album? Or will Kanye’s happiness lead to an album filled with complacency? Almost certainly the former, but the latter is at least a possibility right now.