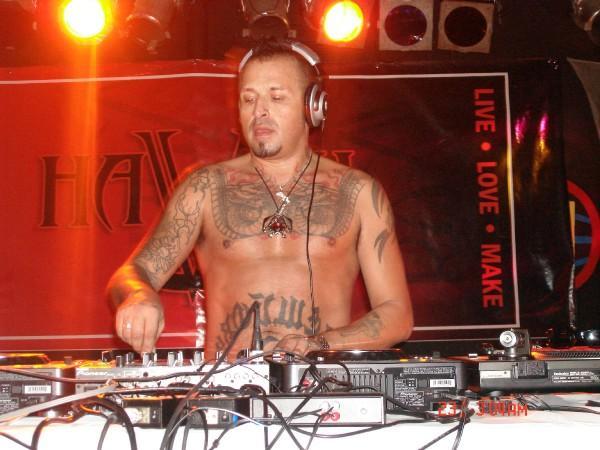 Costumed club kids will gather this Halloween weekend for Superstar DJ Keoki as he makes appearances in both Rochester and Buffalo. His music became pivotal in the early onset of dance culture. El Salvador born, he was raised on Maui, Hawaii and by the early ’90s, he was developing as a star on the scene.

He worked with the TWA Flight Center in New York which allowed him to travel for free. Within the nightlife of Manhattan, he found his future. Wearing a jeweled crown, big furry collars and gold chains, he developed his image as “Superstar DJ” as a gimmick but it eventually turned into a phenomenon. He worked parties for the likes of Lou Reed, Deborah Harry, and The B-52s.

Steve Levy, president of Moonshine Music, signed Keoki to the label, pushing out records that were top-selling, including “Superstar DJ Keoki – All Mixed Up” and “Disco Death Race 2000.” His music took his travels onward, from New York to Los Angeles and Denver.

He became close with the infamous club promoter Michael Alig who hosted Keoki at the Limelight. Superstar DJ Keoki was even depicted by Wilmer Valderrama in the 2003 film “Party Monster” which tells the true life story of the Club Kids and Alig’s trajectory.

Superstar DJ Keoki will be in Western New York Halloween weekend. On Friday, Oct. 30 he will be playing 45 Euclid in Rochester, along with Canadian duo UNIT 42 for “Devil’s Night.” Wear the most outrageous club kid outfits to this event, which will be hosted by Sky Baby Productions and DJ Flex. For more information, visit the Facebook event page.

Buffalo will host Keoki as well for a “Halloween Blood Feast” event on Saturday, Oct. 31 at Club Marcella.A drag show will take place at 11:30 p.m. and $1,000 will be given out in cash and prizes for a costume contest at 1 a.m. For more information, visit the Facebook event page.