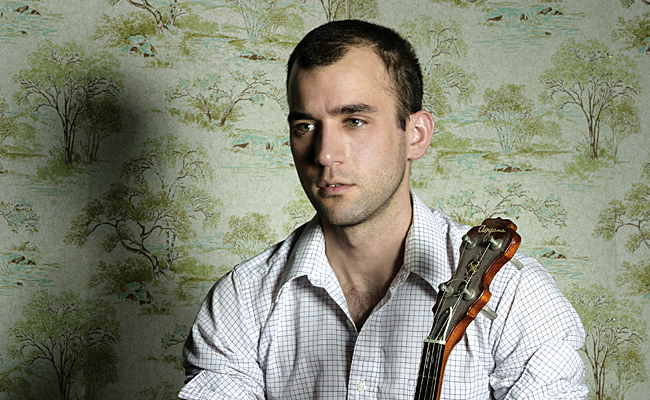 It’s rare enough for an artist to produce an album revered as a masterpiece once in their career. And to do it twice is nothing short of remarkable. But that’s exactly the kind of artist Buffalo will welcome to tonight as eclectic singer/songwriter Sufjan Stevens will take the stage at the UB’s Center for the Arts.

While Sufjan already had a host of great releases behind him (including 2004’s excellent Seven Swans), it wasn’t until 2005, with the release of Illinois, the second album in his now defunct “50 States Project,” that he truly broke through. The album was a sweeping baroque pop masterpiece, a stunning humanist collage built from history, folklore, and personal experience. It rightly received mass acclaim and produced a chart entry by way of lead single, “Chicago.”
And while Stevens has continued to produce beautiful work over the years, including The BQE, his inspired Christmas double album, Silver & Gold, and the electro-influenced The Age of Adz, there did seem to be a feeling he might never top his monumental breakthrough. That was until this year and the release of his latest album, Carrie & Lowell. For the first-time in his career, Sufjan took his genius gift for songwriting to his own life after the passing of his mother, crafting a haunting work of raw emotion and honesty. The album also marked a return to the folk-rock roots that birthed him while incorporating the more ambient elements of his recent work. Carrie & Lowell has become one of the most-acclaimed of 2015 with many calling it the finest work of his career.
Which finally brings us to tonight, as Sufjan Stevens is set to bring all the emotional intensity of his latest album to the live stage. I’ve already heard reports from others who have seen this tour, marveling at the sheer power of his performance and even mentioning finding much of the audience in tears. So prep yourselves for this evening. Bring the tissues and a stern heart, and be ready for a truly transformation experience.
Doors at the UB’s Center for the Arts Mainstage Theatre are set to open at 7:30pm, with music support from alt-R&B singer Gallant set to start at 8pm. Tickets are still available to purchase for $43.50