Column 34: Shaun of the Dead‘s Harmonious Relationship with Pop Music

Annnnd we’re back. After a long hiatus, we’ve returned with the latest installment of Screened Plays, the place where cinema and pop music collide. And just in time for Halloween, our good friends at North Park Theatre are showing one of my all-time favorite comedies: Shaun of the Dead. 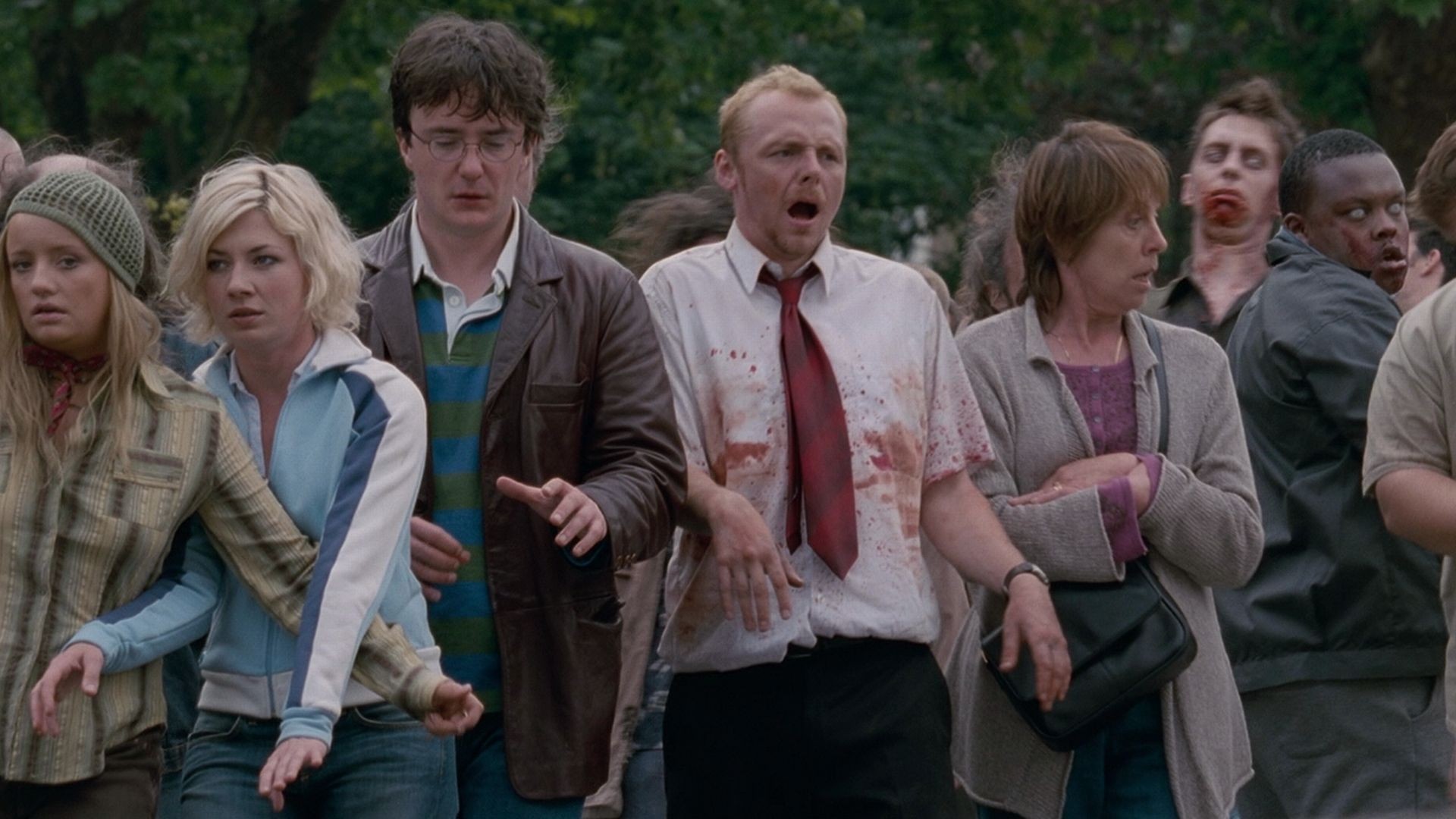 While many directors (Quentin Tarantino, Danny Boyle, Martin Scorsese) have a famously close relationship with pop music, I would argue perhaps no filmmaker has ever had quite as harmonious a relationship as Edgar Wright. Even going back to his early days with Spaced, his comedies looked different, moved different, and definitely sounded different from anything else on television. This is because Wright’s approach to filmmaking much more unique than that of most comedy directors. While many comedy films rest on the strength of either their writing or lead stars, Wright’s comedies are notably more visual. Perhaps the greatest weapon in his comedic arsenal is his use of the frame and quick editing. The breakneck rhythm of his films in itself give them a certain aesthetic, but it’s the brilliant and often creative juxtaposition of noise and images that produce so many of his best jokes.

Which brings us back to the music of Shaun of the Dead. While there are many obvious gags where music plays a role in the film, let me highlight one that perfectly demonstrates what I mean.

Our characters hit a man while jetting across town, unsure if he’s alive or dead, and the film’s pace slows for a second to build tension and communicate our concern. The music then grows ominous and shows the slow rise of the zombie in a way typical of horror films, but instead, Wright punctuates this with our character’s unfazed relief. The film demonstrates this with a return to quick cuts and the blasting noise of Ash’s “Orpheus” that return the film to it’s previous pace. In a span of 30 seconds with limited dialogue, Wright demonstrates how to tell a joke through manipulation of music and the frame.

We now return to another, more iconic scene, which finds our characters simultaneously trying to fight off a zombie in the bar and not blow their cover to the zombies outside. This scene could play out in so many ways, but only few could communicate the very real danger while being completely hilarious. Wright finds a way to do this through the use of Queen’s feel-good hit “Don’t Stop Me Now” and the inventive synchronization of music. By juxtaposing the horrifying threat of the zombies outside with the slapstick action in the bar, he finds a perfect balance between telling a joke and not diminishing the film’s tension.

Even in places that just cry out for exposition, the film finds a way to do it in much more interesting and funny ways than your standard comedy. Take for instance, the wonderful news scene that foreshadows both what’s about to come. The film could’ve just shown us a newspaper or ambient noise in the background, but instead delights in spelling it out with help from The Smiths’ “Panic” and other assorted clips. This is without even getting into the love affection the entire film has with music, from the “White Lines” singing zombie, the bombardment of sad songs on the jukebox, or perfect use of The Specials’ “Ghost Town,” I could literally go on and on.

Simply put, Shaun of the Dead is nothing short of a comedic masterpiece; a comedy as inventive in the way it looks as the way it sounds. So celebrate this Halloween at North Park with a film that not only gets the music we love, but understands how we love it.

Shaun of the Dead will be showing at North Park Theatre all Halloween weekend with daily showtimes at 7pm.