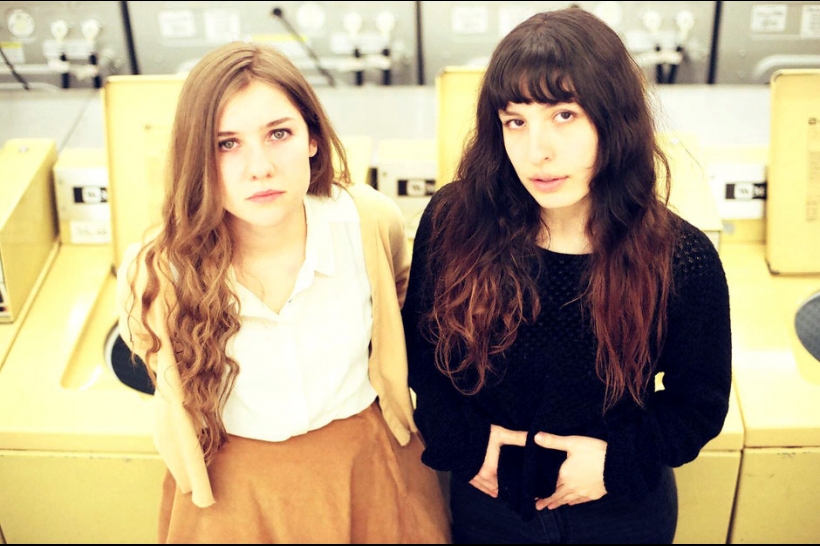 Local musician John Toohill (JOHNS and Alpha Hopper) will occasionally sit down with touring bands and ask them five questions. For his latest installment, he spoke with Mariam Saleh of Boston’s Fat Creeps, set to play Buffalo tomorrow at Spiral Scratch Records.

John Toohill: Hi. Are you awake?

JT: Great! Question 2 – So I heard your band is named after all the insects the bullies made you eat as kids. Do you still eat bugs and night crawlers for song inspiration or do you just kinda like how they taste now?

MS: You can get use to almost anything. That shit grows on you after a while. Stink bugs: not that bad. Not that bad at all

JT: So I should just accept my strange childhood traumas and name my band “Alone at Lunch Again” or “Senior Poopy Pants?”

JT: Speaking of bad food choices… Question 3 – I noticed in your new music video for “Back 2 Skool” (see below), there are a bunch of friends and some sorta degenerate astronaut trying to help that poor girl open a can og soup. If your band was a soup, what kinda soup would it be? Does it have to be some kinda chowder because you are from Boston?

MS: Here’s the long and short of it: What we lack in high quality ingredients we make up for with soul nourishing goodness. I’m gonna go with a loving mother’s delicious chili if that’s considered a soup. None of that raw shit. I’m not the biggest clam chowder guy.

JT: Oh that’s good! I’m more of a gazpacho guy. Ya know, it’s cold, nobody wants it except once a year, and even then ,they usually order by mistake and are all “Ugh WTF. Why did I order this? Waiter! This soup is cold!”

MS: For real. Oh, by the way, this is definitely not Mariam. It’s Gracie [Jackson].

JT: Oh, hi Gracie. Question 4 – Are you in the band or some other part of Mariam’s many personalities battling for control?

JT: Who else is in there and what do they “do?”

JT: The guy from Blink 182? That’s incredible! Didn’t he die in a helicopter fire or something ?

GJ: Who doodlebear? Naw, this is a different guy.

JT: Doodlebear?! He’s dead? What an awful way to find out! Also, who is doodlebear?

JT: Finally getting to the good stuff! So you and doodles were close?

GJ: We had a professional relationship. Nothing more, nothing less

JT: Oh I see. Nothing for the press. WINK. Question Five – So people really throw around that “surf” term a lot now a days for just about any band with a jangly guitar part. How do you feel about that being part of your common description and how often do you “hang ten” or “rip the curl,” big kahuna?

GJ: I rode a wave once, for like 2 seconds. My surf instructor pushed me into it. If you saw my whip, you’d know how I couldn’t judge distance to save my life. That’s a pretty big part of surfing I guess. I’d consider it dark, lonely, driving at night music. Most people commonly refer to it as surf. My surf instructor goes by the name of Cult Fluorescent. He writes some pretty cool music. You should check out if you feel so inclined

JT: Now that is a rad name for surf instructor. Somebody got high at the beach. Anyways, pleasure talking to you. We’ll see you Tuesday.