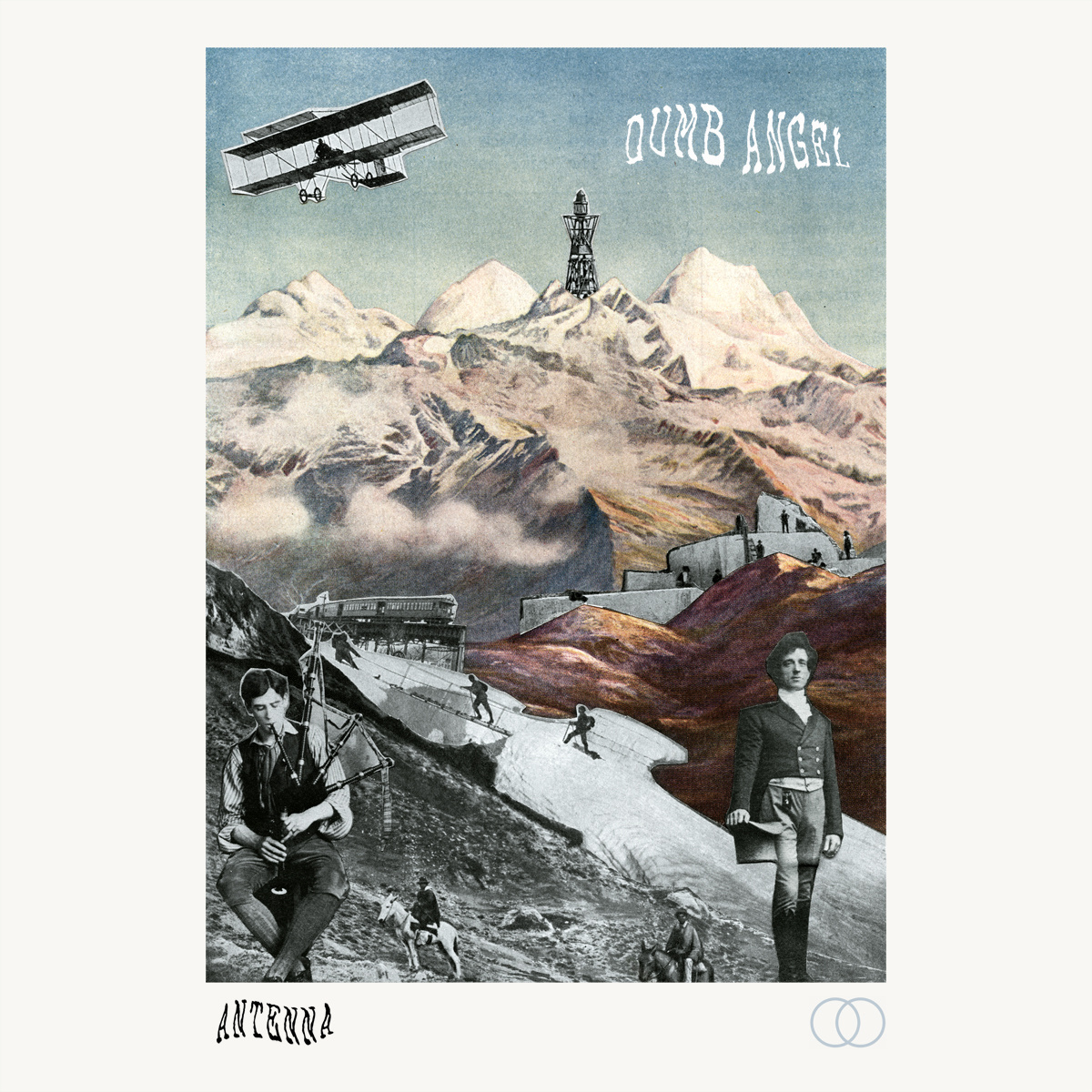 Bands are kind of like stars. A band is born, a band implodes or dissolves, and a new band is reborn. In the local sense, this cycle of dissolution and rebirth happens all the time. In the case of Rochester garage-pop trio Dumb Angel, their star was born four years ago from members of The Instruments Band, and the resiliency of the new project has shone through multiple rebirths (Howlo, Europa & The Great Red Spot, Rochester Chip to name a few) over the span of those four years. This is an impressive bout of longevity considering most of these projects are ongoing, and now, after years of writing, recording, and mastering, Dumb Angel has dropped its debut—an impressive eleven tracks of sunny psychpop titled Antenna.

If you’ve listened to Howlo, you should immediately recognize the voice of vocalist Ben Morey; Antenna capitalizes big on soaring vocal harmonies similar to the ones you’ll find on Howlo’s debut, which was released earlier this year. Speaking of vocal harmonies, fans of The Beach Boys will find Dumb Angel appealing—Antenna draws heavily on that 60’s surf vibe (organ-soaked instrumental number “Sine Wave” delivers on that vibe admirably), albeit with a fuzzy garage filter laid over top. That filter paints the album’s ‘fun-in-the-sun’ carefree vibes an unironic shade of bad-ass. “Sweet Loretta” serves as a prime example.

Antenna may have been four years in the making, but it’s fully worth the wait. You can stream the album and snag digital downloads over on Dumb Angel’s bandcamp page, or if physical copies tickle your fancy, skip on over to Dadstache Records’ webpage for a handsome yellow cassette for only $5.