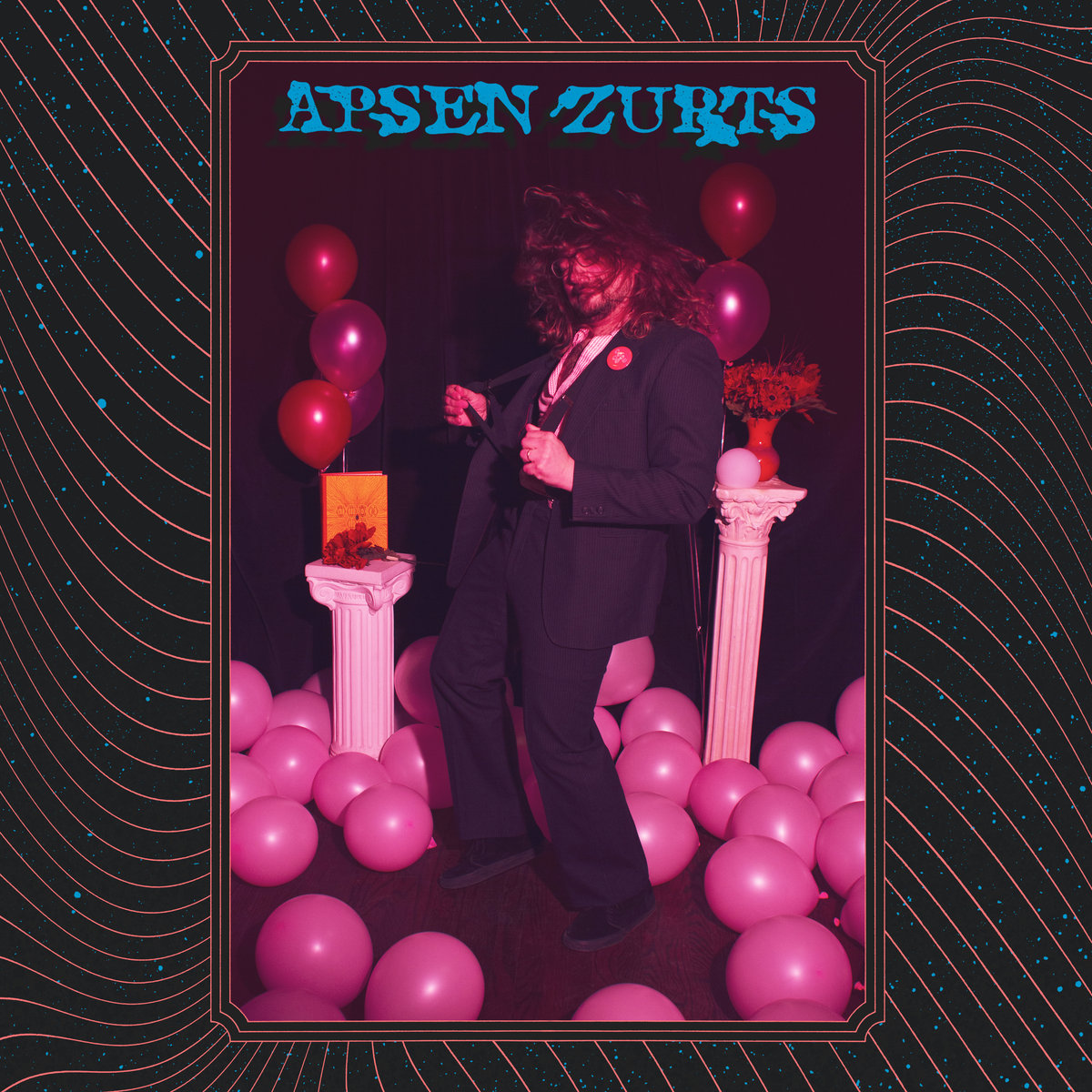 Rochester bizarro world psych rock act DRIPPERS! has tapped into some profoundly esoteric emanations on their debut LP APSEN ZURTS to create some seriously out there psychedelic progressive rock that’s our Album of the Week. Ideal for your next scheduled freak out, everything about APSEN ZURTS seems to come at us from some place… else, a thrilling and  exuberant ode to Syd Barrett transmitted from a parallel universe where Syd Barrett never existed.

I’m not exactly sure what’s going on with this album to be honest because DRIPPERS! aka Mike Turzanski has put forth a record that’s somehow imminently listenable yet utterly disconcerting simultaneously, like attempting to merge data from totally incompatible programs, or acute aural cognitive dissonance wrapped in vaguely sweet ear candy up until the oddly menacing frankly bonkers vocal performances kick up. 60’s psychedelia, free jazz and doom metal coalesce into the perfect soundtrack for somebody’s nervous breakdown, possibly your own.

Even when the album veers near something approximating the familiar, APSEN ZURTS still finds a way to keep the listener suspended in limbo between here and wherever DRIPPERS! is channeling these other dimensional and downright peculiar vibrations from, making it  one of the most unusual yet magnetic and strangely rewarding listening experiences available in these parts.