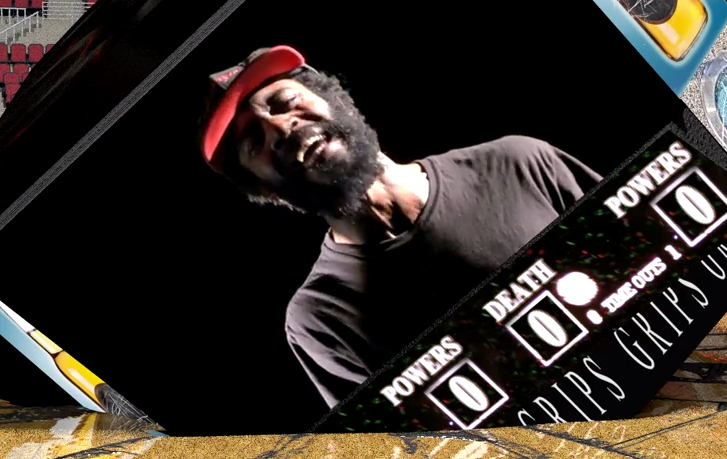 Death Grips is one of the biggest wild cards in music. Whether it’s dropping albums for free without their label’s permission, or no-showing at Lollapalooza, Death Grips do not appear to ever really give a fuck about the music industry.

The trio of Zach Hill, MC Ride, and Andy Morin announced their disbandment along with a project earlier this year, and due to label obligations, they owe us one more album. “Inanimate Sensation” will serve as the lead single to that forthcoming album, entitled the powers that b. This song is a doozy. The video is set in a Space Jam-like arena with a fallen Jumbo-Tron taking center stage. On the video screen, Ride’s menacing presence guides us through a great track, but one that is almost uncomfortable to listen to. Death Grips production has always been top-notch, a standard of their music, and here it really shines through. Throughout the song is a really uneasy whining rise and drop, an industrial version of a house music drop. We know it’s good and purposeful, but it’s still hard to listen to. My reaction was pretty similar to that of this YouTube reaction guy, whose vid played automatically after the real video. Included in the info of the song is a transcript of Ride’s lyrics, in which he declares his love for things rather than people.

Listen to it loud, and if this is your introduction to Death Grips, there is a lot out there to take in.