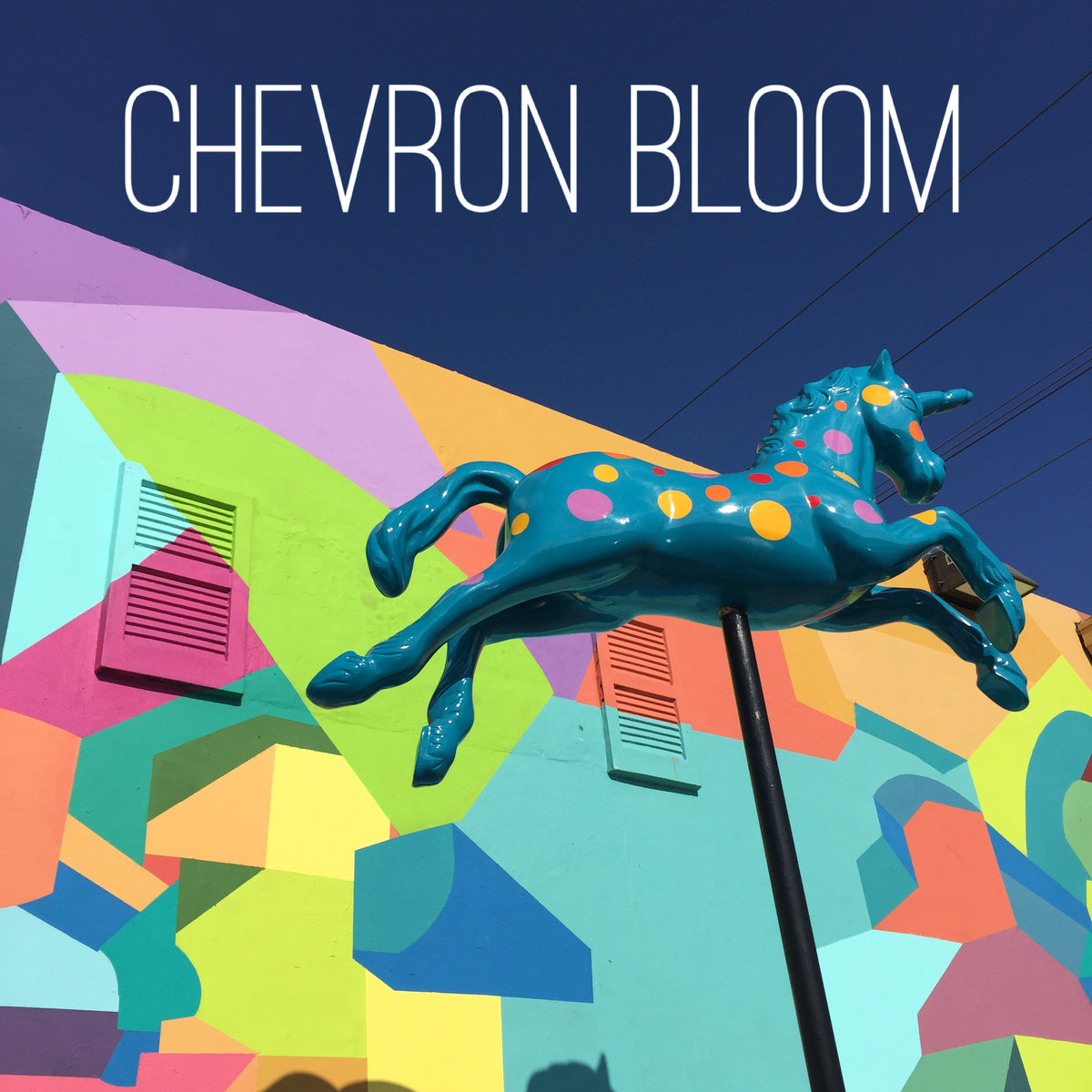 Buffalo-based indie rock act, Chevron Bloom’s released their debut EP earlier this month. The 4-track EP, aptly titled EP, was recorded in Geneseo, at Temperamental Recordings. In the band’s debut effort, the trio has crafted a tight set of tunes with psychedelic overtones.

Each song, though short in nature, still goes through several different shifts throughout its runtime. The EP varies between moments of straight ahead rock and spaced-out meandering. They meld together elements of psychedelic pop, heavy alt. rock and shoegaze, and every transition through styles is seamless. Throughout, the vocals are light and airy, floating overtop of the arrangements, at times like they are barely there. The snare drum is front and center for most of it, sitting comfortably right in the middle of the mix, a consistent and heavy presence through each dynamic shift.

In fact, it’s the snare drum that kicks off the record. Opener “Home?” begins with an almost New Orleans feel beat, before a reverb-laden guitar comes strumming in. “Inactive Minds are Personal Crimes” features two alternating sections rather opposed with each other; the verses are loose, drifting and almost mindless, giving way to distorted guitars and heavy drums on the more direct choruses. “You Got It All Wrong” is an upbeat rocker at first, until its outro winds down into half-time feel. The synthesizer that opens “Dying All Alone” is a slight surprise at first, but lends itself well to the spacier final track.

On their debut EP, Chevron Bloom makes good use of their arrangements as well as the studio space. The new EP is available now on bandcamp as a name-your-price download.