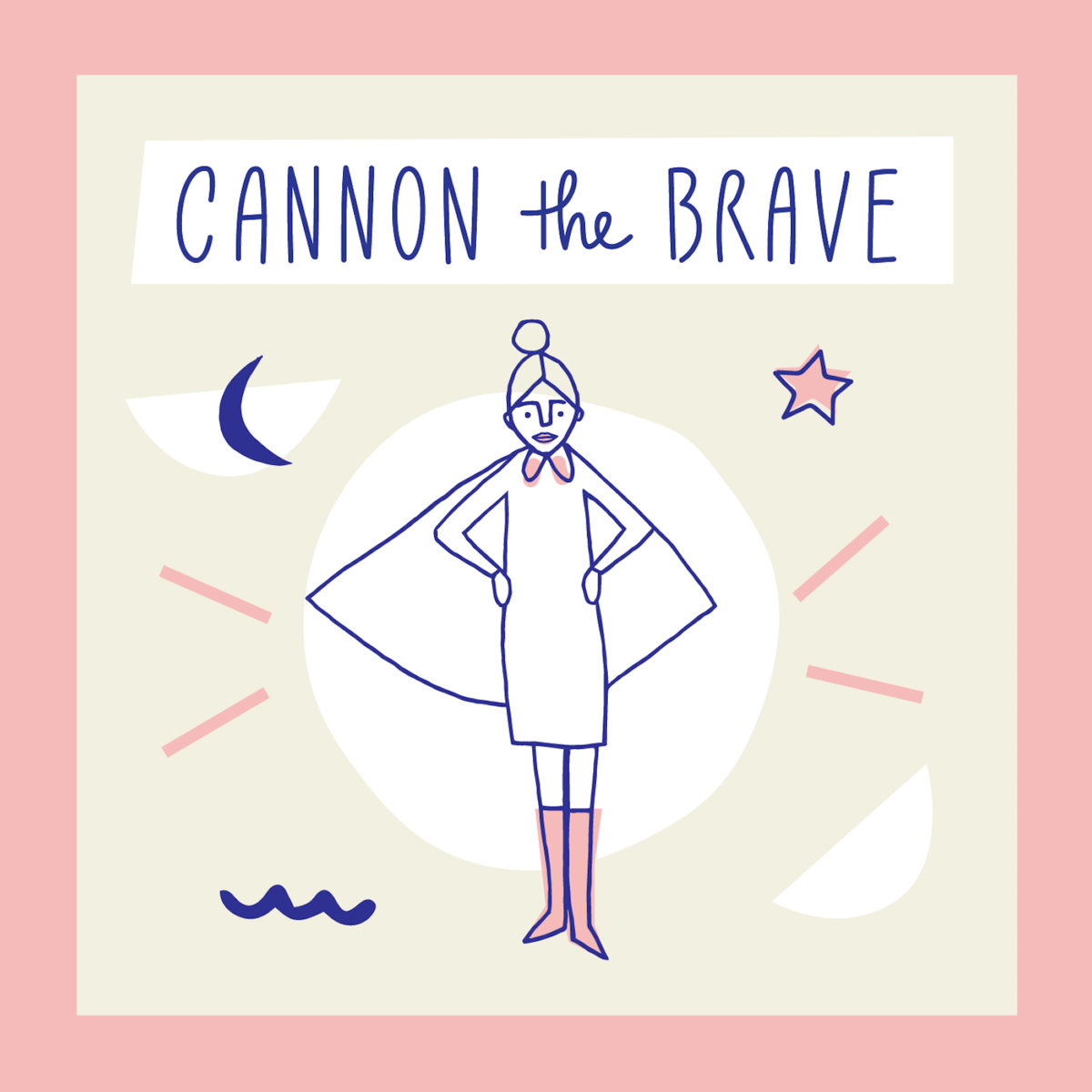 Cannon the Brave is an indie pop outfit from Albany, NY who take their name from Allyson Smith’s superhero alter ego. The group originated as a songwriting outlet between twin sisters Allyson and Whitney Smith, eventually adding three members to support the act’s growing sound (Eric Margan, Mike Campana and Brian Beverly). The project is roughly a year-and-a-half old and have a mantra that aims to bring out the best in themselves and those they touch.

The first song off the self-titled EP, “The Only Thing I Need,” spills in with a lovely, old-sounding piano statement. Deep ohs warmly wrap themselves around you. “I was afraid of what I would become…” is sung amidst powerful chordal keys. Smith shares truth in telling her audience that all you need is inside of you. “Sometimes” kicks with background falsettos and groovy bass drum. Smith’s voice is the type that is in between talking and whispering: “… {S}ometimes, sometimes I smile.” Dreamy keys fill the void while a delicate guitar lead pleads with you. Song Three, “Ghost” proves that Cannon the Brave has some versatility. The bluesy rock guitar lead and drums are enough to pull you in. The chorus has the song transform into something more jazzy, latin even. Regardless, the song makes you feel safe – you owe that to Smith’s consistent vocals. At two-and-a-half minutes, this song is quick and enjoyable.

“Everyday” begins with a delicious, funky drum beat. The sound of the drums is to be coveted. It seems this style, the style specifically found in this song, is Cannon the Brave’s sweetspot – soft, groovy, a pop lead, and solid vocals. “Everyday I am lucky,” sings Smith as you question why you seem at odds with that exact statement. “My Own Worst Enemy” starts with surfy guitars and phased electronic drums. To hear Smith’s voice breaching higher territory causes at least me to drool a little. The chorus is strong and happy, with pedaling guitar and thumping toms.

Cannon the Brave’s EP is a quality release. If you like Orenda Fink, Azure Ray,  Land of Talk or a dreamier La Sera, you’ll find Cannon the Brave EP savory.