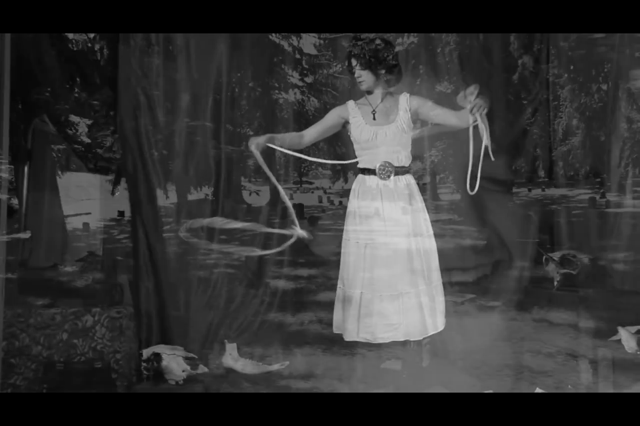 One of the new, WNY releases that we are eagerly awaiting in the blog offices is the debut LP from Rochester, post-punk duo, Buffalo Sex Change. Set to be released tomorrow on 585-based label, Dadstache Records, the album currently has three songs available to stream on the label’s bandcamp page to get a little taste before the entire album drops. Late last week, the pair released the music video for one of those three songs, “Holy Ghost Fire,” a gothic-folk number that would not sound too out of place on the new Mr. Boneless record.

Check out the black and white video to the song below, which mostly features a woman lackadasically lassoing.