Spoon’s They Want My Soul 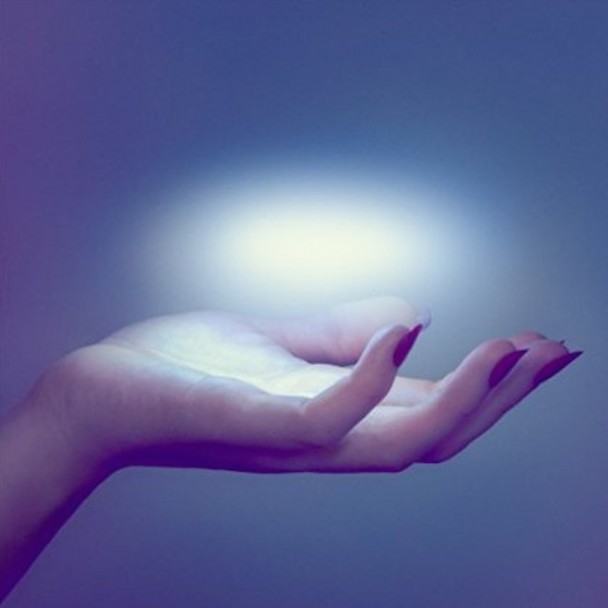 After reading a few advance reviews of Spoon’s new album, it’s become apparent that one of the main storylines writers have latched onto is how this is a relatively difficult album to write about. This seems to be for two reasons.

Both of those things are most certainly true. This album sounds amazing, the songs are as well written as ever and most of them retain that implacable element of sounding distinctly like no other band. In addition, Spoon worked with Western New York-based producer, Dave Fridmann, on this album, a collaboration which, in retrospect, was long overdue. Fridmann has mastered making simple pop songs sound unbelievably tight in expansive and dramatic spaces (see: Mercury Rev, Tame Impala, the Flaming Lips).

The storyline for this album will also likely end up being how damn impressive it is for a band to have been operating at such a high level, for such a long time. We’re coming very near to the point where Spoon is just about without rival for want of another band that has yet to cool off at any point since the turn of the century. Since, at least, 2001’s Girls Can Tell, they’re now on a six-album hot streak where any one album might only pale slightly in comparison to any other based on subjective opinion.

On top of all of this, however, on their latest album, Spoon has also managed to pay homage to their back catalog in a way that interestingly references just how difficult it’s probably been to stay so good for so long in an industry that is practically designed to force bands into having a limited shelf life.

One of my favorite lines, from one of my favorite Spoon songs, can be found on “The Beast and Dragon, Adored.” The song is sort of an allegory about the creative process and frustrations behind making music and serves as something of a thematic roadmap to the rest of Spoon’s 2005 album, Gimme Fiction. Toward the end of the song, Britt Daniel lays out, in pretty succinct terms, the ultimate basis upon which one really succeeds or fails in that endeavor:

“When you don’t feel it, it shows/they tear out your soul/when you believe/they call it rock ‘n roll.”

It’s a great line, made even greater by Daniel’s, somewhat annoyed, snarly delivery, because it really does identify that thin, vital difference that separates the most critically celebrated music from the rest of the pack. We can tell (or at least we think we can, as suggested by Daniel’s semi-skeptical tone) when an artist “feels it,” whether they truly “believe” in what they’re creating. And when we see that, we tend to appreciate it, maybe even out of proportion with the actual talent being exhibited, (as might often be the case with “rock ‘n roll.”) But when we don’t see “it,” we tend to be pretty unforgiving, especially if we have particular expectations from the artist in question.

That, as Daniel puts it, is the point at which “they tear out your soul.” That’s pretty dramatic imagery but it gives you an idea of how seriously Daniel takes his craft. To be called out on failing to put his heart into his work isn’t just to be told: “you’re not doing a good job,” it’s to have part of his very essence ripped out of him. He rather specifically uses the word “soul” here, which most often has a religious or spiritual meaning, but is commonly used in music as well to describe sounds (often voices) that are strong and emotional. The way Daniel uses “soul” seems to see those two meanings intersecting, and perhaps entirely overlapping. If you define your “soul” by the amount of passion you put into your music, that process might become something of a religious experience for you.

Spoon touched upon this idea of “soul” again on the final song on Gimme Fiction, “Merchants of Soul,” where the “merchants” are accused of commodifying and attempting to control the most essential element of one’s being. Daniel obviously casts them as villains, though it’s not exactly clear whom we’re talking about here. He mentions Ralph Reed (one of the founders of the fundamentalist Christian Coalition) in the final verse, so it’s possible that he’s, at least partially, alluding to the commodification of the spiritual soul. He also seems to be casting a wider net though, on pretty much anyone looking to make money off of the way in which an individual has essentially come to define herself.

The final line of the song, and album, drives home how vital this ephemeral element is to Daniel when he sings:

“Merchants of soul, they don’t mind/they’ll take your soul, I need mine.”

Now that we have some context we can jump ahead, almost 10 years, to the present date. Spoon is set to release their eighth full-length studio album and, given the elaborate setup above, it should come as no great surprise to you that the title of this album is They Want My Soul.

It’s a relatively surprising move, if only because this latest album isn’t exactly arriving on the heels of Gimme Fiction. Nine years have passed and Spoon has released another two albums during that time. They Want My Soul then serves as, not only a thematic callback to an earlier chapter in the Spoon discography, but a testament to just how serious Daniel was about the issue; updating that earlier chapter to feature-length album status with a cover that really can’t be anything other than a woman’s hand palming a luminous symbol of existence.

Daniel talks a great deal on this album about buying and selling, paying and owing, auctioning and trading, by using the intangible currencies that make up the human consciousness. If pieces of one’s soul are the only means by which to negotiate the emotional transactions that occur in love and religion and music then it’s easy to understand why one would seek to keep them safe from, and be hyper-aware of, avaricious soul-seekers.

Sometimes this theme appears subtly on the album, as on “Outlier,” (a song that finds Spoon heading into previously unexplored summer sci-fi movie soundtrack territory), where the scant lyrics describe the detrimental effects of cynicism. One of the albums oddest and funniest lines might be:

“I remember when you walked out of Garden State/cause you had taste, you had taste/you had no time to waste.”

All of that “taste” evidently didn’t earn this person many friends as Daniel later asks: “oh, what happened to you kid?” and then suggests that what happened is that this person is: “all alone/alone and lost.” Sabotaging one’s personal relations through unhealthy levels of pretentiousness is probably one way to get on the wrong side of the soul equation.

Elsewhere, as on leadoff track “Rent I Pay,” the idea of soul as currency is a bit more straightforward. Daniel laments his recent inability to sleep, pining for the “peace” that he “ought to be owed.” When he says, “out amongst the stars and the stones/every kind of fortune gets sold,” the idea seems to be that there is a sort of spiritual price to pay for merely being permitted to consciously inhabit a human body in the first place. In exchange for your sentience, the world generally expects something from you in return.

Beyond this, Daniel seems to consider the soul most often in the context of a romantic relationship.

On “Inside Out,” he explicitly rejects the “holy rollers” who want him to become “their soldier” (presumably, so they too can get a piece of that sweet, sweet soul.) Claiming that the soul-suckers “do not make [him] complete,” he sets forth a slightly strained metaphor about being a “satellite” and time getting distorted by the “intense gravity” of a third person who, by implication, probably does make him “complete.” However, the potential drawback inherent in that type of devotion is considered almost immediately thereafter in “Rainy Taxi.”

Here, Daniel sings of being “stronger than [he’s] ever been” with [fill-in-the-blank] beside him, but he’s cast the narrator in a position of over-dependence when he claims, “if you leave/I’ll never sing another tune” and “I’ve got nothing else/I’ve got nowhere else,” perhaps suggesting that he’s put all of his emotional fulfillment eggs in this relationship basket. “Rainy Taxi” ends with the line “if you leave, you better run away for good” with an outro of Daniel repeating “run, run, run.” He then turns around in “Do You” (which, in a better world, would surely be a ubiquitous late-summer jam) and asks:

“Do you run when it’s just getting good?”

The idea here seems to be that Daniel has been working to preserve his soul for another person, but it isn’t altogether clear that this other person is one of the many that he accuses of wanting it in the first place. Later on the album, on “Let Me Be Mine,” Daniel continues to imagine a second person leaving, and the effects of that event, when he says: “you’re gonna take another chunk of me with you when you go” and, again, ends a song by contemplating the idea of “running” rather than engaging in any sort of meaningful exchange of emotion.

Ultimately, through all of these songs, he seems to be talking about losing pieces of his soul, he’s talking about treating these pieces as commodities (“auction off what you love”) and he’s  talking about “running” as, apparently, the only means of guaranteeing that nobody will take them from you.

But who might want your soul in the first place? According to title track, “they” could be anyone from “card sharks and street preachers” to “palm readers” to “post-sermon socialites” to “educated folk-singers” (have fun guessing whether this is a stab at anyone in particular) to (in a wonderful Easter-egg for long-time Spoon fans):

Even the school-yard bully from 2002’s Kill the Moonlight evidently never gave up on trying to convert Daniel with his fists.

It’s a fairly random group but the idea seems to be that, regardless of who might be trying to infringe upon that most sacred personal domain, little else is more important than defending it. As he first said on Gimme Fiction, they can take your soul, but Daniel needs his (apparently, to pursue a romantic interest who might be a bit afraid that Britt is after her soul, himself) and, hopefully, also, to keep making consistently superior music for as long as possible. And if that’s the case, I’m inclined to agree; they can have your soul, but leave Britt Daniel’s alone.