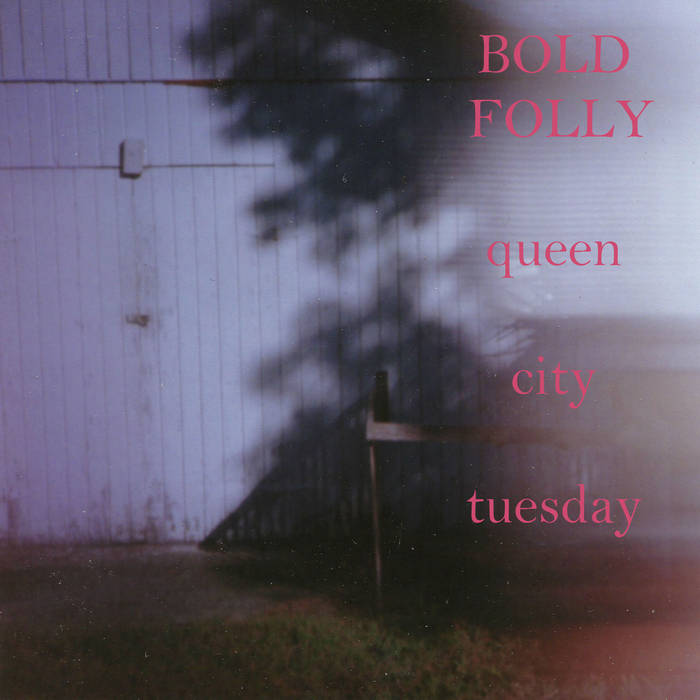 Though Bold Folly is a relatively new venture, the trio hasn’t wasted any time when it comes to gigging regularly or cranking out their debut EP, Queen City Tuesday. The neatly packaged four song release offers a lot to hang onto upon first listen — fingerstyle-heavy guitar riffs, fuzzy bass lines, compelling chord changes. There’s a real texture to their sound that’s digestible and creates a unique brand of psych rock all their own.

The second track and most stand-out is“Hangin’ Out,” a six minute tune that’s maybe a bit theatrical in its composition and buildup. The slinky, twang-driven instrumental intro conjures up a sound reminiscent of 60’s bigwigs like Jefferson Airplane and The Doors. Lead vocalist Timothy Zdrojewski’s voice is equally fitting and effective in its toned down state (which oddly reminds me of Krill’s lead singer, Jonah Furman, though it may just be the vocal effect that’s used) as it is in its gruff state, both of which are showcased in the song.

“Self MD” is another noteworthy tune that features bassist Ingo Hutzenlaub on lead vocals. The chorus has a grungy 90’s flare to it which blends surprisingly well with the whole psych aesthetic.

I recently saw Bold Folly for the first time at Nietzsche’s and was amazed by how well their sound translated live as well as the sheer amount of sound the three members produced. I really shouldn’t have been amazed, as all of them are no strangers to the stage. Zdrojewski and Hutzenlaub were both members of the Fredonia-turned-Nashville based earth-folk group, Honey Spine, who had a successful run of East coast tours over the latter years of the band’s existence.

Maybe it’s a bit premature, but I’m expecting Bold Folly to become a staple act in Buffalo. I’d highly recommend making it out to an upcoming show, or at the very least, giving Queen City Tuesday a thorough listen.