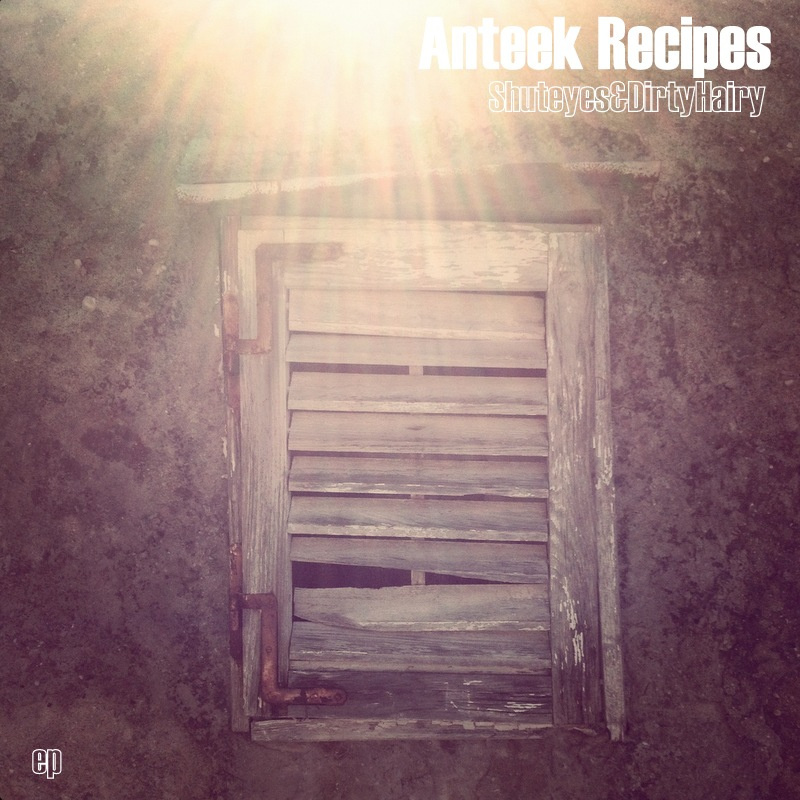 Self-described “jazzy hip hop heads,” Anteek Recipes, have released The EP, a collection of 11 B-sides that did not make the cut for their forthcoming debut album. The album stays true to the group’s namesake, as the project is littered with the components of traditional, Golden Age-era hip hop music.

Mr. Dirty Hairy handles the production for the duration of the project. Each beat appears to be a nod to the early-mid 90s production of artists like A Tribe Called Quest and DJ Premier, complete with the jazz samples and the DJ scratches. Dirty Hairy, all the way from Zagreb, Croatia, continuously demonstrates his understanding of the New York hip hop sound.

Buffalo’s own Shuteyes takes care of the vocals on the EP. His deep, gritty voice compliments the production of Dirty and really helps capture that golden age aura that they’re all about. Shuteyes’ lyrics also circle around  the theme of a return to hip hop’s origins. Repeated references to wax (in the vinyl sense), including a whole song dedicated to stealing some (“Wax Heist”), and the declaration “Fuck viral, we’re going vinyl,” further perpetuate the steez of the duo.

Shuteyes is full of great lines that he weaves in with his traditional bars, including album highlight “A white dude that’s nice around the mics like Steve Kerr,” off of the fourth track “Little Stories.” This track might be my favorite off of the project, and features the only guest vocal on the whole project, from rapper Definition. Shuteyes and Definition take turns with short verses, something I always appreciate in a hip hop track. All over some great understated production from Dirty, its a great, raw rap cut.

Another really great cut is the second to last track “Late to Work,” as Shuteyes details his morning routines that always result in him being late. Mr. Dirty Hairy really kills the crate-digging on this song, with an awesome piano loop throughout the song and another horn sample on the hook.

This album-before-the-album really provides some hype for the real thing. Its refined rawness really impresses, and the duo of Shuteyes and Mr. Dirty Hairy have me really have me questioning what year it is as I listen. I’ve wanted to use the word “recipe” so many times while writing this only to realize that it’s in the name of the group, and to me that just means that these guys know exactly what they’re creating.