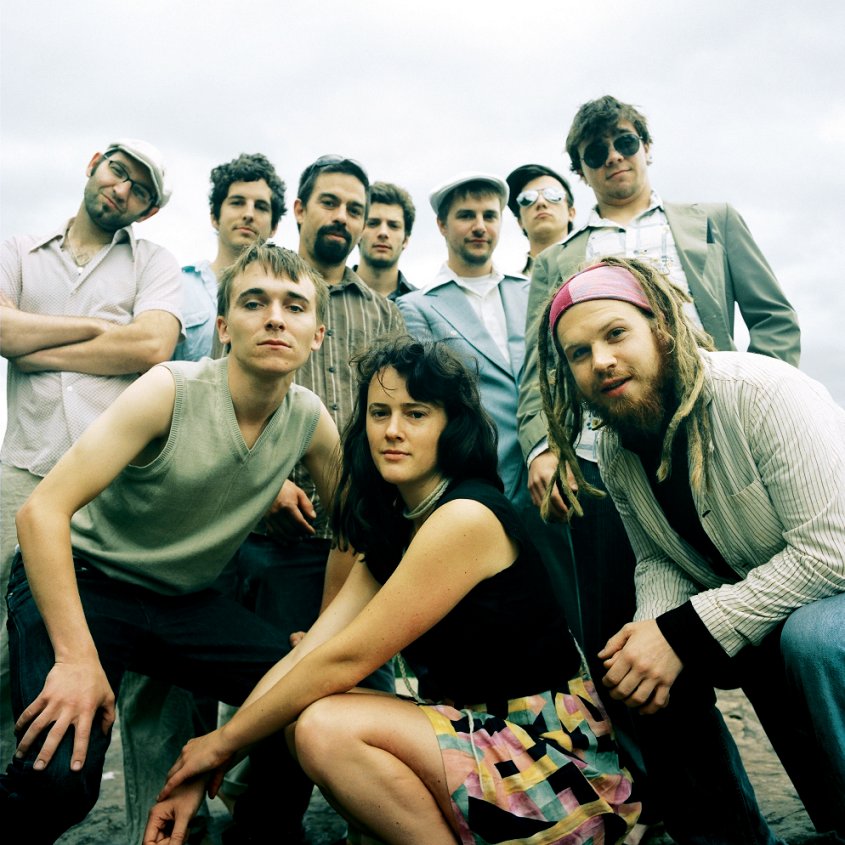 Rubblebucket. Rubblebucket. Rubblebucket. Say the word three times and all your wishes will be granted! Not really, but the Brooklyn-based band’s name is a catchy one. It brings to mind a magical spell that can be cast anywhere, from the dirty city streets to the cool air of a mountaintop. A charismatic, playful lead female vocalist and saxophonist carries the spotlight among her fellow band members. Together, they form a dynamic septet that produces a riveting big-band sound, flowing between softer pop sets and extended grooves. 2011 album Omega La La fastened their music as a facet to the larger festival scene–playing at larger line-ups such as Bonnaroo and Camp Bisco. Rubblebucket moves in catchy, dance-heavy spurts, proven to get you hooked.

Opening for Rubblebucket tomorrow will be Rhubarb, a staple in the WNY groove-rock community. Preach Freedom from Rusted Root (I’m sure you’ve heard “Send Me On My Way,” YouTube it) is sitting in, bringing his percussive background to the forefront. Rhubarb kicks off the jams at 8 p.m., Rubblebucket following suit.

We’ll see everyone there–this is an all ages show. $16 will get you in the door. If you can’t make it tonight, you can catch Rubblebucket playing in Rochester on Sunday, May 11 for the Lilac Festival Series, which is a ton of flowery fun.