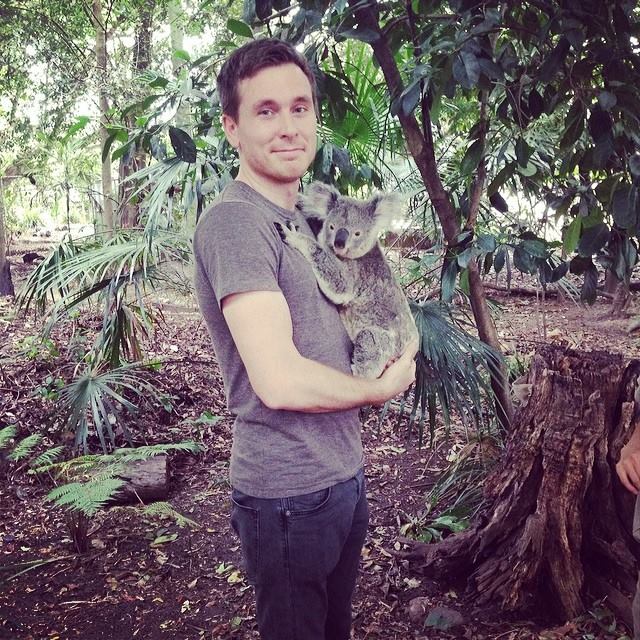 Tonight, our local indie rock heroes, Lemuria, will be playing at the Studio at Waiting Room with Tigers Jaw. I had a chance to exchange a few questions with Lemuria’s drummer and Western New York native, Alex Kerns, about the bands history, future, and all things Buffalo related.

buffaBLOG: Let’s start with a little history.  How did you and Sheena first meet and decide you wanted to start Lemuria?

Alex Kerns: Sheena and I had been friends from high school, although we didn’t go to the same school. I went to Ellicottville and she went to Allegany, but the closest punk shows were in a town called Olean, NY. There were a lot of house shows and then eventually a place called Cobra La that brought through a lot of touring bands, even though it’s a pretty small city.  Sheena was learning how to play guitar and I was learning how to play drums so we started playing music together and it eventually evolved to be Lemuria. 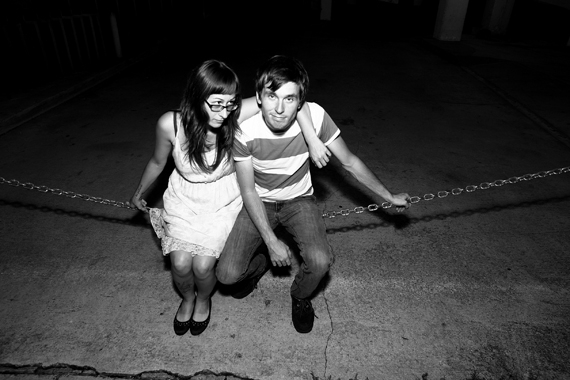 bB: The band’s bassist has changed a few times over the years. How did you and Sheena meet your current bassist, Max?

AK: One of the first weekend tours the band ever did was out to to Burlington, VT where we played a show with a bunch of grind bands. We were definitely the odd band out, but when you’re just getting started you will take any show you can get.  Max was the kid doing sound at the show and at the time he was only 16 years old and still in high school.  He was super nice to us, bought our 7″ record and shirt, and kept in touch with us through email over the years. He eventually moved to Austin, so we would see him while there. He would pop up in the most random cities as well because he used to tour working for other bands as well. He came on tour doing sound for us, and after that tour our previous bassist Kyle who was from St. Catharines had some border issues and wasn’t allowed back into the country. Max said he would be able to do the band and he’s been with us for the past five years now.  Kyle ended up opening up a great restaurant in St. Catharines called Rise Above.

bB: Who would you say are some of the band’s biggest influences?

AK: It’s a very wide spectrum, but some of the bands that promoted the idea of us actually doing the band would be Jawbox, The Lemonheads, Superchunk, Leatherface, Thin Lizzy, Archers of Loaf.

bB: Being that you do still live in Buffalo, when you aren’t on tour, are you still in tune with the local scene at all?  Do you have any favorite local acts, past or present?

AK: I definitely fall behind, but when I get home I try to catch up with all the bands.  Some current active Buffalo bands I think are great are Mallwalkers, Newish Star, Cross Stitch, and many more.  I live on the West Side of Buffalo so houses and record stores make it easy for me to see local bands.  I’m also excited for the return of Sugar City.

bB: Do you have any shows that you saw in Buffalo that really stuck out to you? Do you have a favorite? (Doesn’t have to be a Buffalo show)

AK: Many house shows on Custer St. growing up. I remember playing shows with bands from Japan, Sweden, Finland, and Israel. Bands all over the world would come and play to a bunch of kids in a basement.  I’m very happy to see that still happening, maybe not on the same streets, but still in Buffalo. As a drummer, one of the biggest influences on me was seeing Trans Am play at The Continental.

bB: What are some of your favorite things to do in Buffalo?

AK: I like to eat at Amy’s Place. When friends or bands we’ve met on tour come through town and stay with us, I like to show them all the excellent architecture we have. I think a lot people miss out on a lot of the beauty the city has to offer when they just drive through or only stop by a downtown venue at night.  I really love the restoration that happened at the North Park Theater because I’m movie dork.

AK:  It seems like we are always on tour, but on average, we tour about three, sometimes four months of the year. It seems like all the year because when we aren’t on tour we are still posting up posters of our upcoming tours. We definitely try to do a lot of grass roots promo to try to make sure anyone who would want to come to our shows in each city will at least know about it. We understand that there are so many things going on it’s easy to not hear about things. Sometimes something I would’ve loved to attend is happening down the street and I find out the next day about it when someone posts a picture of it online.

The most memorable tours would be both our Russian/Ukranian tour and our Southeast Asian tour. The Russian/Ukranian one happened right before Pussy Riot was arrested and before the tensions with Russia annexing Crimea, but the tour had a lot of intensity anyway: gunshots, nazis, mafia, crooked cops, and hurricanes canceling flights leading to expired visas. We recently released a 7″ record that comes with a 40 page comic book detailing the story of that tour. Then the other tour of Southeast Asia included Thailand, Malaysia (right before the plane went down), Philippines, and Indonesia. We also spent some time in Saudi Arabia, although we didn’t get to play a show there. Came across many extreme religious areas that were not too keen on a band with a female in it. Definitely over the past couple years, we’ve put ourselves in a few situations where we weren’t certain we were going to be able to go home, let alone be able to walk away.

bB: I think one of the coolest thing you guys have done is that collaboration for the comic Lil’ Depressed Boy and the 7” with Mitch Clem. Can you talk a little bit about that process?

AK: It’s really cool to be able to find a way to combine two different forms of media. These are two artists who grew up going to punk and indie shows but their talent was in their pen and not a guitar. It’s really great to able to find a way to collaborate and bring both scenes together. I really hope we get more opportunities to do it, and I hope more bands do it as well.

bB: Last year, you guys did a Midwest / West Coast tour with Into it Over it, and I saw some footage of you guys all playing together as a band called  RIIIIIIIPS, or something of the sort. From what I saw, the tracks were pretty incredible. Is that going to be a thing? Do you have any plans to record any of the songs you guys played on that tour?

AK: We wrote three songs together, and also learned a cover. We’ve all agreed that it would be really great to eventually record the songs, but with both bands respective tour schedules and personal obligations it has been hard for us to lock down a time to do it. I really hope we get to do a 7″ record of those songs eventually because I really enjoyed playing them. It’s also possible they might just have to only live in peoples minds, or on YouTube. That was a lot of fun though.  We have been trying to take on more challenges like that so that we can make each tour have it’s own special element that is unlike all past and future ones we do.

bB: Your last full length, The Distance is so Big, came out in 2013.  Are there any plans in the works for another full length any time soon? If so, what can we expect?

AK: We already have a few demos ready for the next album.  After this spring tour, we are going to work on some more demos. Our goal is to have studio time sometime in early 2016 and a new album out that same year.

bB: I want to thank you for posting on the Lemuria Facebook page saying that everyone should go see PUP when they were on their tour in that came through Buffalo. They put on such an amazing show, and they have grown to be one of my favorite live bands. Are there any other bands you would go out of your way to recommend people should listen to?

Be sure to check out Lemuria’s set tonight at the Studio at the Waiting Room.  Tickets are $15 at the door, and doors open at 7pm.