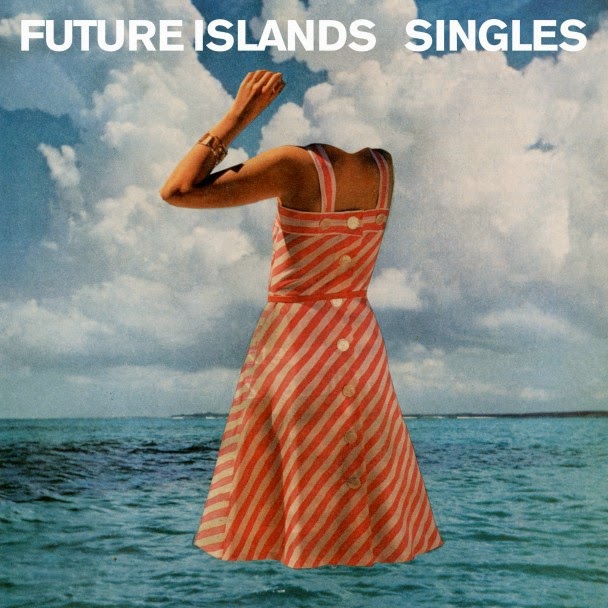 If you’ve never heard of the synth-rock trio Future Islands, then take a moment to watch their unorthodox yet strangely entertaining performance on the Late Show with David Letterman a couple of weeks ago. That should give you a good idea of the group’s emotional attachment to each performance, particularly the passion lead singer Samuel T. Herring seems to have. Following the success of 2011’s On the Water, the trio went back to the drawing board and came up with the concept of making another album that was rhythmically cohesive while focusing on their fiery beats and catchy hooks. Luckily for them, all of those preconceived thoughts fully embody their fourth studio album, Singles.

Right away, the track listing foreshadows a theme of optimism throughout its collection with songs such as “Spirit,” “Sun in the Morning,” and “Doves” to name a few. The opening track to Singles, “Seasons (Waiting on You),” is a combination of everything Future Islands is sonically: breezy vocal talents, anthemic choruses, blaring guitar strokes, and a touch of other new wave rock and modern pop elements. Herring’s viral performance on Letterman sets a good notion for this album. This notion is that no matter what selection you pick on the album, they pale in comparison to the live performances and pure theatrics that come along with a Future Islands concert. Although, if I had to pick a song off of Singles to try and match their on-stage liveliness, it would either be the appropriately upbeat “Doves” or “Sun in the Morning.”

Singles also serves as a reflective piece bred from the innermost thoughts that arise when one meets an unexpected, detrimental outcome when following their dreams and endeavors. These feelings are best represented in “Fall From Grace” and its cryptic and truly eerie lyrics of “ You were mine when I was young. Why does it take so long? When you were here, it was warm. Now it’s a bitter storm. Now I’m older, turning white, watching days into nights. Now I’m older and I’m grave.” Above all else, Herring’s vocals shine on the track by showcasing his ability to not only sing, but to howl. This sort of emotion again channels its way through to “A Song for Our Grandfathers,” a song equally pleasant in its ambient instrumental textures as well as its graceful ballet inspiring others by simply saying “Let’s be brave.”

Future Islands may have made the risky choice of naming their album Singles because they believed each song stood on its own ground as being an identically potent single choice, however, for the most part, they were correct. Each song has developed a unique sound that’s all its own while still blending into a cohesively synth-rock centered album in true Future Islands fashion. This album most importantly shows that even after three albums behind them, Future Islands is still a band willing to experiment and evolve by amping up the melodious pop quality of their music and staying true to their rock roots.