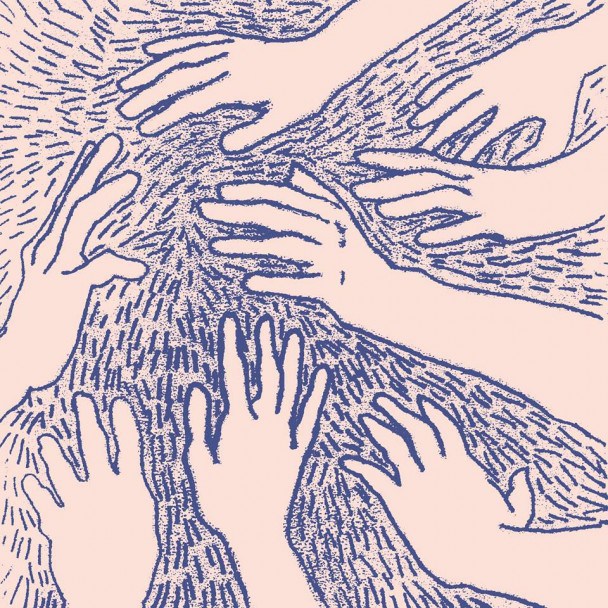 On a loose, idiosyncratic, freewheeling debut,  Adult Jazz display a broad, virtuosic interest in packing as many musical ideas into an album as possible. The UK act combine the bobbing melodic panache of the Dirty Projectors with the lunging Afro-beat tendencies of Vampire Weekend and the slow-and-steady indie-pop momentum of a band like Beach House. They blend folk gentleness with the promised jazz of their namesake. A cafe-friendly pleasantness buries itself in highly unfocused song structures. Tribal percussion joins electric and acoustic guitars in forward flows of streams-of-consciousness. And through it all, Adult Jazz, leaving limits and constraints to less adventurous groups, somehow remain aesthetically consistent.

The album’s sixth, and most mesmerizing track, “Spook,” best exemplifies the band’s coyly curious style. Slithering in and out of different musical skins with grace and ease, the song keeps its near ten minute running time alive and endearing. Although shorter tracks like “Am Gone” and “Be A Girl” prove the band capable of condensing their widescreen vision, the longer and denser pieces revel in Adult Jazz’s frantic ambition.

Whether in long or short form, the music is always evocative and playful. “Donne Tongue” finds the vocals dueling against a squall of rusty hinges and wood block clicks. “Idiot Mantra” employs snapping percussive tricks and clipped sound editing to transfixing effect.

Adult Jazz, on their very first album, have already in their own way arrived. Though some critics have been quick to punish the act for apparent disorganization, Adult Jazz create an ordered world based on a personal oddball logic. Gist Is might be a difficult record to get the mere gist of, but the experience itself is magic.