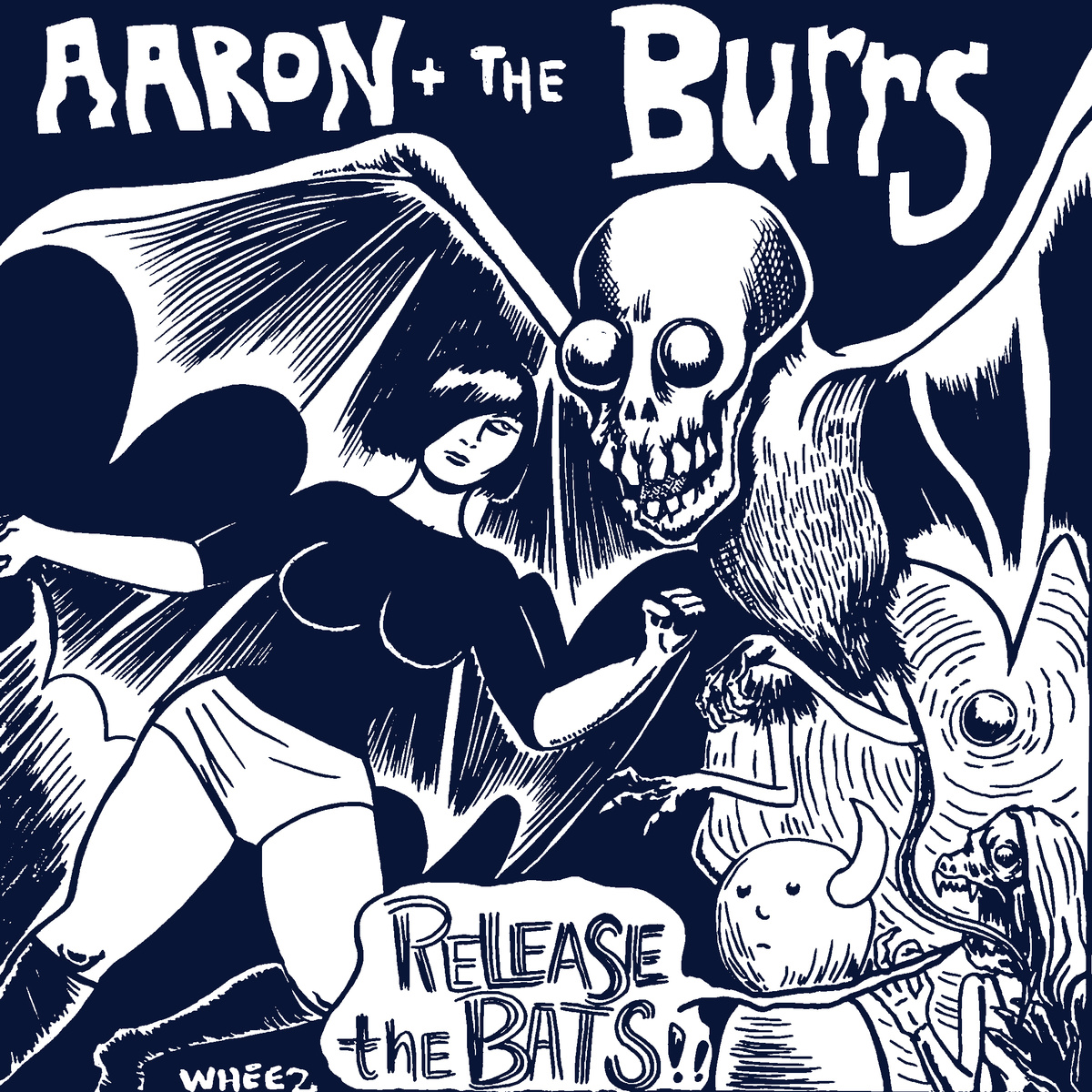 It appears that the September Polar Vortex is upon us, slowly surrounding us like Union Soldiers at Wounded Knee, minus an aristocratic narcissist with a wicked mustache. As the weather gets colder and greyer, it’s hard not to focus on the inevitable coming winter. However, it’s not all bad. Maybe the news of new music from the instrumental surfer post-punk outfit, Aaron & the Burrs, will raise your spirits or at least your body temperature. The trio is comprised of Nicholas Reynolds (guitar), Eric Bifaro (bass), and Carson Cain (drums) and have been playing together for close to two years in various West Side basements

“Release the Bats” takes you to a place where terms like Polar Vortex only exist in dystopian novels penned by Eastern European writers with names you always mispronounce. When I listen to Aaron & the Burrs, I imagine I am on a tropical beach sipping finely aged rum out of a freshly hacked coconut. The refills are infinite, brought to me by a bronzed cabana boy. The surf rock tones Aaron & the Burrs do the soul good.

Release the Bats” and its B-side, “Oh, No More Bats,” was produced by Geza X (of the Mommymen, Deadbeats and Silver Chalice). This marks the third release for the band. Check it out below.