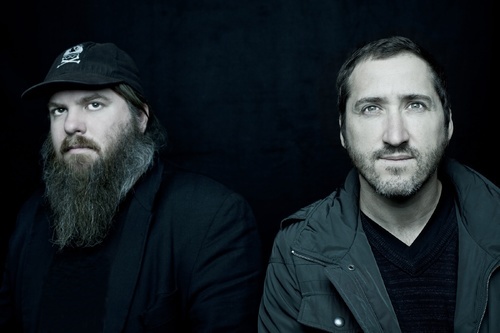 Who ever said Tuesday night is usually uneventful happens to be absolutely wrong when it comes to this Tuesday night. To be fair, I should say, they happen to be wrong if your idea of a good time includes treating yourself to a quality show. And they’re extra wrong if you want to witness a performance from seasoned indie veterans.

If you haven’t heard, tonight affords an opportunity to fulfill all of the above. Iconic indie-rock group, Pinback will be hitting the stage at Buffalo Iron Works where they’ll be gracing all those in attendance with a live rendition of their 2004 home-recorded album, Summer in Abaddon, in it’s entirety. The album is a collage of breezy and catchy melodies saturated with a shadowy ambiance; a full display of the exquisitely raw resonance that launched the duo into the ranks of lo-fi sensations. Even if you are only a casual listener, its obvious that no one executes the combination of precise guitar, crisp drums, warm bass, and string section vocals quite like this San Francisco duo.

And it’s not easy to describe exactly why their music sets itself apart from the ocean of good lo-fi music out there. Maybe it’s their ability to evoke wistfulness, simplicity, and remembrance without conjuring the muddled haze that so commonly accompanies nostalgia. Maybe it’s their ear for subtleties, their ability to experiment within their own terms; song structures that are placid on the surface, but vivid when you unearth them.

Any attempt to dissect the source of their song sorcery is probably futile, either way it’s the sort of music that greets you like a warm embrace and draws in your company for long stretches of time. It’s the exact music that leaves you realizing that a soundtrack for the bitter-sweet introspection you entertain, time to time, actually exists. And that it’s by Pinback. With the region having recently thrown its annual autumn bomb on us (with little notice), it wouldn’t hurt to seek out Ironworks as a refuge this evening, no it wouldn’t hurt at all.

Doors open tonight at 7pm. Cover is $16. Tera Melos is set to open.