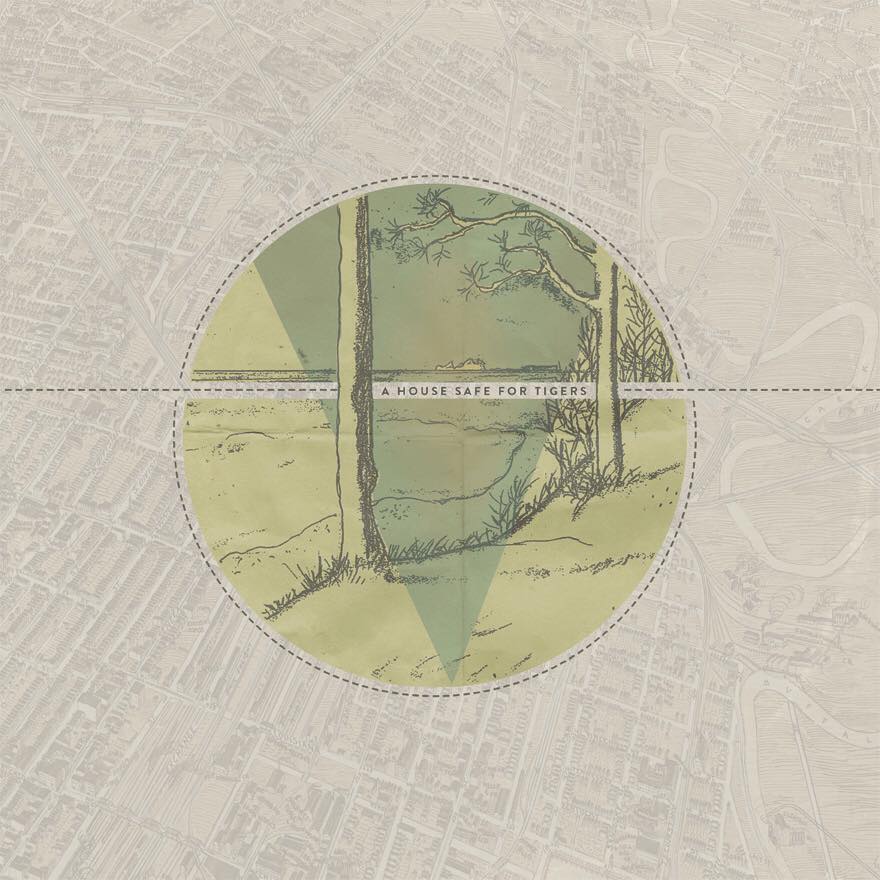 It’s been an album of the summer since it’s release at the end of June, but in honor of it’s delayed and now hot anticipated album release party this Saturday at the Mohawk, the eponymous debut from WNY supergroup A House Safe for Tigers is our Album of the Week. The resoundingly succesful collaboration between WNY music scene stalwarts Brandon Delmont (Girlpope, Son of the Son, Lindburgh Babies) and Mark Constantino (Exit Strategy, Returners), A House Safe for Tigers hits a variety of sweet spots

From the opening vibrations of the w’sm Mercury Revesque instrumental “Entrance” that kicks it off, A House Safe for Tigers immediately signals it’s attention to sonic detail and keen sense of history, a point driven home by lead single “Ann Marie.” A shimmering ode to Brian Wilson’s lifelong affection for the sonic architecture of fellow troubled by brilliant savant Phil Spector, “Ann Marie” is a slice of audio heaven that sounds like it was recorded in the wee hours at Gold Star Recording Studios on Santa Monica Boulevard. Transcending pastiche thanks to Delmont’s tasteful restraint, sharp and wistful lyrics, and the beautiful and honest vocals of punk rock warrior Constantino, “Ann Marie” one of the best songs you’ll hear all year.

You just don’t hear enough mellotron these days, let alone from a band based in Western New York, so it’s a real joy to hear one paired with RIngo drum fills and a gentle xylophone on “Evaporate,” while the slow burning and earnestly majestic “Search Lights” evokes late 90’s Flaming Lips and the musical strategies/experiments of Brian Eno. “Hiding Places” could’ve easily been on the soundtrack to Danny Boyle’s Slumdog Millionaire; it’s processed Eastern strains a perfect match for it’s claustrophobic and rootless disembodied vocals.

The album’s second side kicks off with the wonderful “I’ll Take The West To See You,” a gentle yet triumphant inner ear tickling sojourn into psychedelia featuring acoustic guitar, plaintive horns, and pulsatingly evocative cascades of sound. “Crickets” however is driving drums, discordantly fuzzed out guitars, and subdued vocals reminiscent of Brian Wilson when he’s really bummed out. “The Pines” however feels like an antidote, a missive of gentle encouragement and austere  string arrangements that builds until it beautifully implodes before it’s conclusion. Bringing the album home in classic fashion is a wistful cover of Luna’s “I Want Everything” and a stripped down alternate version of “Ann Marie” that both call to mind the exquisitely considered album closers of later day R.E.M..

With A House Safe for Tigers, Brandon Delmont and Mark Constantino have delivered an instantly timeless record brimming with maturity and tremendous sonic ambition, making it’s release show this Saturday, a chance to see it performed live by a full band, a can’t miss experience.