Dance With the Girl You Brought to the Party 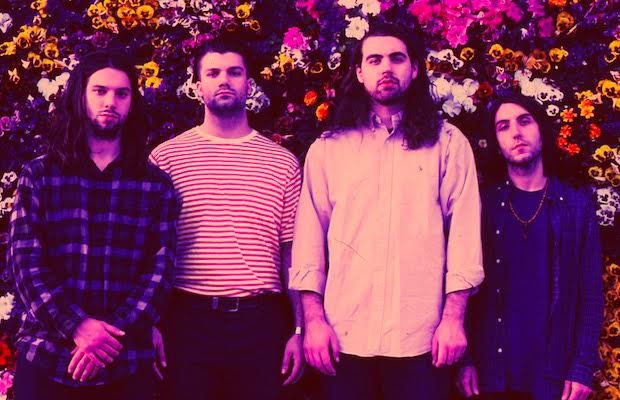 Virginia Beach’s Turnover, whom just gigged Waiting Room roughly a week and a half ago with a tour package including The World Is A Beautiful Place & I Am No Longer Afraid To Die, Pianos Become The Teeth, and Take One Car, constructed their native identity on a platform of pop punk — originally releasing a self titled EP subsequently followed by the band’s first full length record, Magnolia via Run For Cover records.

Over the last handful of years, the band has been able to transfigure their once pop punk connotation, inducing circle pits and please-don’t-step-on-my-tuner stage dives into one of indie, which still undoubtedly involves the listener/audience with plenty of room for a head nods with their 2015 full length record, Peripheral Vision.

Peripheral Vision,  a record that intrigues me to the thought of launching myself down a flight of stairs, only to gather myself optimistically to climb the stairs and repeat. Roughly forty minutes of incredibly smart songwriting with emphasis placed on organized melody, welltempered drumming, and dairy-based guitar tones that mutate the senses. A truly brave effort , the bravest release I have personally seen in roughly two years within this particular sphere of music considering the band’s environmental circumstances.

Turnover’s bravery stems from their ability to, whether willingly or indirectly (I’m going to say willingly), rebrand their audible identity without fear of rejection from surrounding peers or a community of listeners alike. I must stress (an inclination suggesting there are bands in the world that exist only to fear being drafted into the army of “scene” as a resting place), a lobby well fed with sighs of social relief in response to an odd concept of creative acceptation would be callously inaccurate. Rather, Turnover has stayed true to one’s self and have continued to dance with the girl that they brought to the party.

I do not prescribe to the concept album rating, almost an insulting act resurrected out of what I believe to be boredom as any creative effort to which an artist(s) plant their entirety into, psychologically, even physically, deserves equal top dog appreciation regardless of the illusion of social popularity. But I am more than willing to be analogous, and yeah… Peripheral Vision is a familiar world of hell but without the parking tickets.

Stream “Intrapersonal” from Peripheral Vision below and in it’s absolute here.