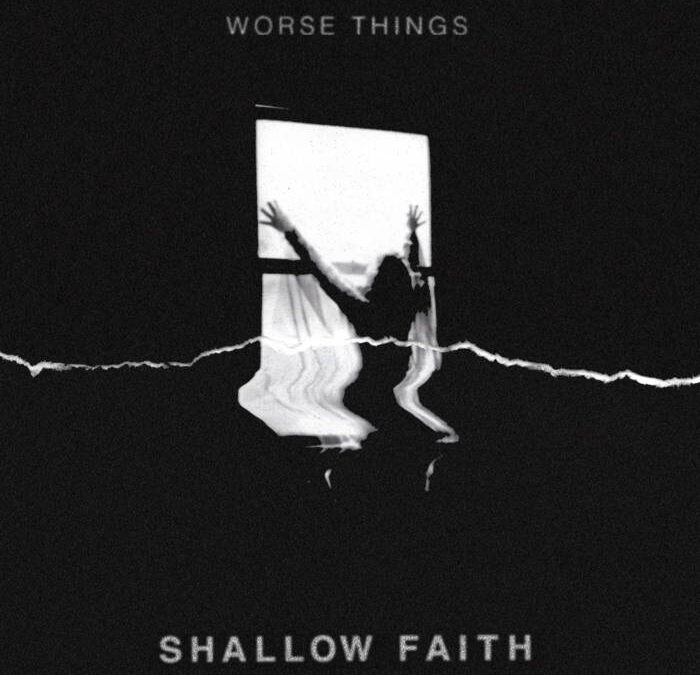 When the clock struck midnight on December 17th, the world got a lot colder, darker, and bleak; but to post-hardcore band Worse Things, that was music to their ears. Their newest and bluest offering is a seven-song album of forlorn emo, post-hardcore, and grunge that they’ve titled Shallow Faith. With transitions that tether the songs together throughout the entirety of the project, it’s the perfect album to play from front to back, a rarity in today’s world of single releases and short attention spans.

Members of Worse Things include: Zach, Anthony, Matt, and Rob, all based out of Buffalo/Fredonia NY. Their specific sound is reminiscent of both the early 2000s and the emo revival of the 2010s but never loses a 2022 edge… Something similar to jumping into a pool of sweet deja vu, Worse Things create a grungy space isolated from all else. Fans of Balance and Composure, Citizen, and/or Teenage Wrist will love the heavy guitar work, tasty guitar effects, and impassioned vocal delivery here.

They introduce Shallow Faith on a relatively slow, but absolutely hard start with pleasantly gut-twisting “Gutter,” a start/stop stutter that hits your ears with an onslaught of rhythmic chugging. The band specializes in these moments of coordinated blasts, in fact, you’ll find these quick-but-significant moments of in-the-pocket heaviness all throughout the album – the final breakdown on track two “Floating” leading into “Sinking” made me spin around in my chair and ask the rest of the room “did you hear that?!”

The syncopated guitar and drums on “Blurry,” the drowning vocals on “Back of My Mind…” The best part about Shallow Faith is that every track contains these elements. A thick blanket of reverb is layered over the whole album that preserves the hardcore-grunge sound of Worse Things. It’s a consistent listening experience where the band often leans into different elements of post-hardcore, but never strays too far from their roots, giving the album an exceptional conceptual value. The grand finale of “Consuming Me” emits vibes of “the journey is only getting started,” regarding not only the road of Worse Things, but the things their fans go through on a day to day basis.

The album cover also presents a spitting image of the sound of Shallow Faith. A dark figure throwing its hands up at the only light in the pit of darkness they’re engulfed in, while the horizontal tear compliments the distortion within the songs and life itself. They truly brought their vision to life with a recording treatment by Jay Zubricky at GCR Studios.

You can listen to Shallow Faith via Bandcamp (below), or, find it on Spotify.