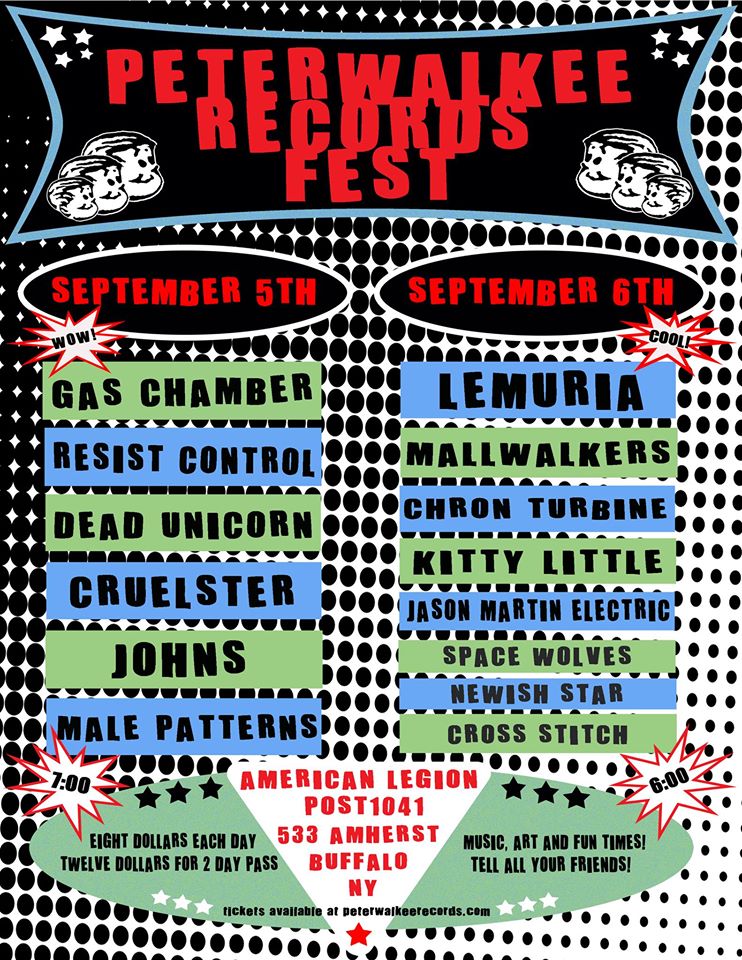 Day Two is underway for Buffalo’s most talked about independent record showcase, featuring some of the city’s best DIY artists. Peterwalkee Records has put together a great lineup featuring a who’s who of interesting and creatively “free” acts, including hometown heroes, Lemuria, buffaBLOG favorites Space Wolves and Mallwalkers, as well as up and comers Cross Stitch and Newish Star and a host of several others. In addition to the music (doors at 6, first band at 7), the American Legion 1041 (533 Amherst St), will also feature an art show, including art from band members playing the fest. You can expect big sales, vendors from local record shops and all the best food and music this side of the border. If you appreciate the DIY ethic, or are just looking to hear some rad bands, make it down the Legion tonight and celebrate with the best of em.