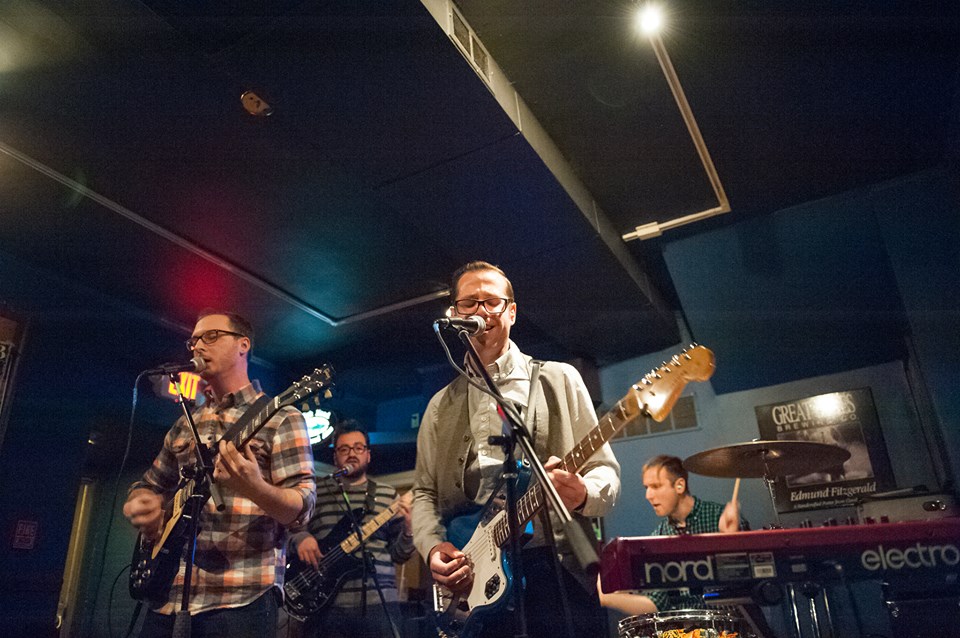 Lately it seems like some of Rochester’s best and up-and-coming acts have been making frequent stops to Buffalo and the trend continues tonight as ROCH foursome, Northern Spies, will take the stage at Sugar City. The power pop group, which features members of KOPPS and Quarries, recalls acts like Elvis Costello, the Byrds, REM, and Stephen Malkmus. While the band only has a short EP to its name, the late 2014 released Nothing But Static, its spring released Genesee Live session should give a nice indication of what to expect later on from NS.

Music begins this 8pm with a cover of $5. Indie rock trio turned quartet, Wolf, and Steak & Cake’s politically minded act, RED HEAT, will round out the bill. And please remember to leave the booze and drugs at home as Sugar City is a substance free space.