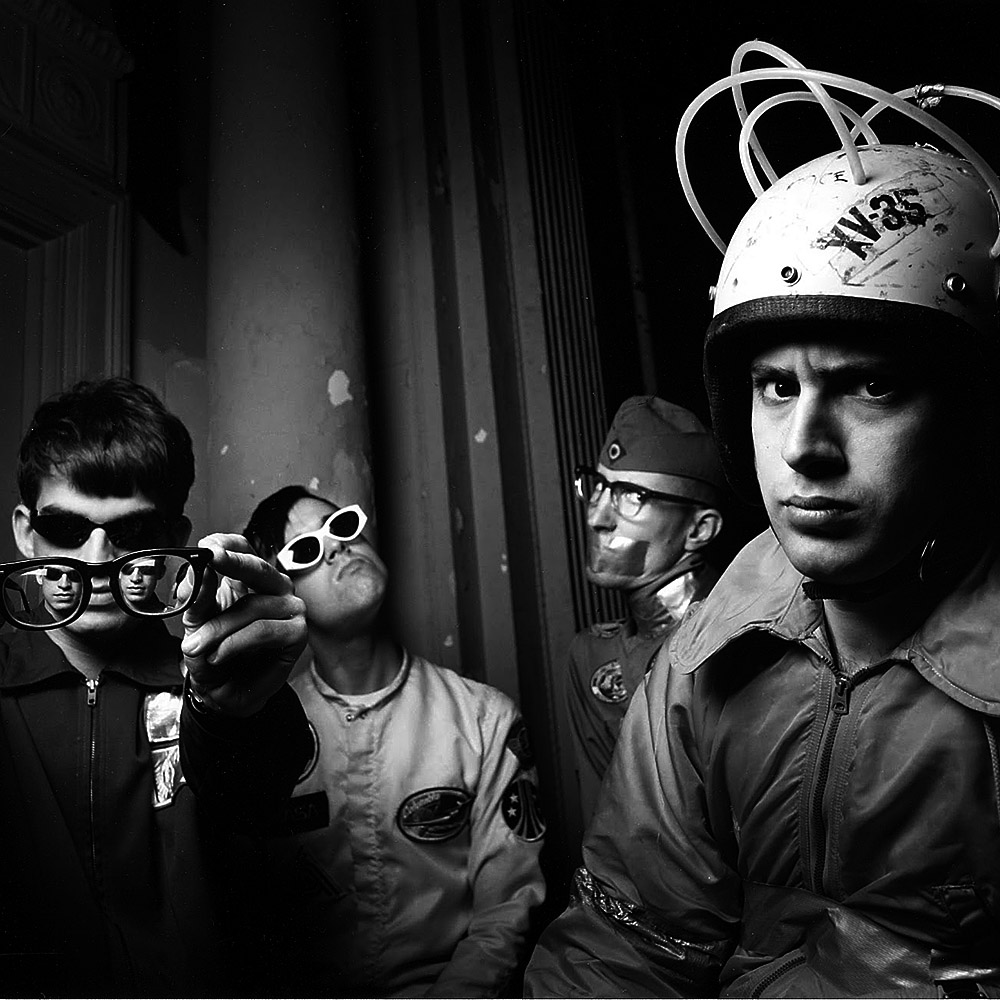 Is it a Man…or is it an Astroman? This is the question that has plagued mankind for over 20 years. And these surf rock sounds from outerspace? Well, lets just chalk it up to good old fashioned fun, because at the end of the day, isn’t that what Man or Astroman? is really all about? Those of us that grew up watching B-movies, Mystery Science Theater, and rank Plan 9 from Outer Space as one of our favorite movies gets it and tonight we celebrate it.

For those who don’t know, picture Dick Dale on acid, a perverse distorted version of rock’n’roll held on planet Mars. This is essentially Man or Astroman?, one of the States’ greatest cult bands. They are the surf that meets the sci-fi. Totally bizarre, totally tubular (cowabunga?), totally everything that makes this kind of music fun.

And totally playing the Tralf along with hard rockers,the Pack AD. Performance is an important part of the Man or Astroman? experience and tonight ($15, 8pm) you have the chance to be a part of it. Ride the wave all the way into outer space.