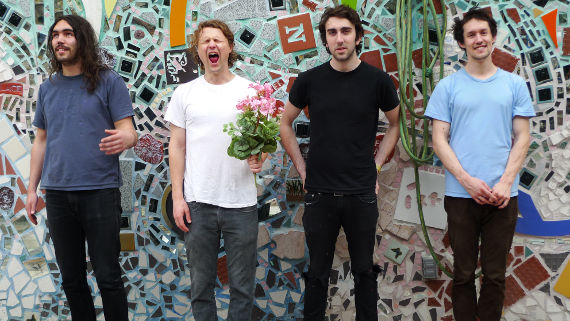 It’s hard to say goodbye. Especially when it comes to leaving behind someone or something that’s been a part of us for years. It is with great sadness that Canadian indie rock act Hollerado announced earlier this year that they are hanging up their axes and calling it quits (hopefully only for a little while).

Forming in 2007, the band first pulled at our heartstrings with the driving riffs of “Americanarama” and the soaring chorus of “Juliette” and has been steadily been churning out hits ever since. But with this bad news comes some good: they announced they would release a new album and embark on a “one-last-hoorah” tour, and they have been coming through with their promises.

Hollerado released Retaliation Vacation in June this year to great reception, and have already embarked on their tour. The band will be in Buffalo tonight at Town Ballroom for what will be their last U.S. show before they head north of the border for a series of Canadian dates before they finally disband. So, if you’re like us and have been a fan ever since the early days, you’re not going to want to miss us. Tickets are still available via the Town Ballroom box office for $24. Doors open at 7pm.