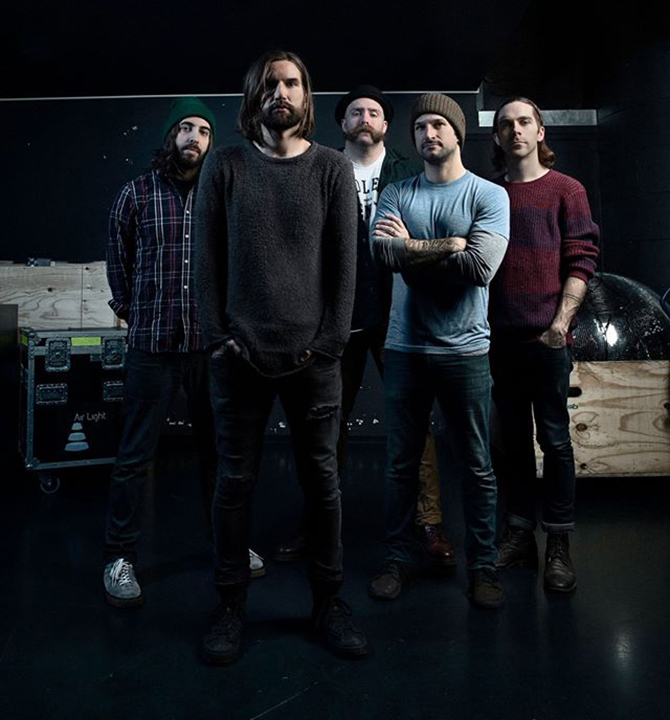 2015 was something of a banner year for Every Time I Die, Buffalo’s favorite sons. In addition to the usual, relentless pace of touring, and international travels (this band really, REALLY loves being on the road), band members found time to expand on their personal interests. Keith wrote a novel and released an EP with his synthwave side project, Tape, Andy dedicated himself to the pumpatorium and positioned the strategic rise of Pythons, Daniel Davison joined the band as the new drummer and Jordan continued to expand on the JBWW brand.

Despite all of the new ventures, it always, seemingly, comes back to tradition. And nothing say’s tradition like an Every Time I Die, Christmas party. Now in its 11th year, ETID’s Christmas bashes have become legendary for their chaos, and fun surprises. Whether at Mohawk Place, Waiting Room, Town Ballroom or elsewhere, it’s guaranteed to be a great time, especially if you’ve been sucking down some Eggnog, or maybe just some good ol’ fashioned Genny’s.

Tonight caps off day one (there are three) of ETID’s Xmas bashes, and tonight’s party takes place at Town Ballroom with Stick to Your Guns, Harms Way and Revealer (6:30pm). Show’s sold out, so you’re out of luck if you don’t have tickets. Don’t let that stop you though. Put on an ETID record and bring in the new year, by shotgunning a beer, and blowing your eardrums out. ETID wouldn’t want it any other way.