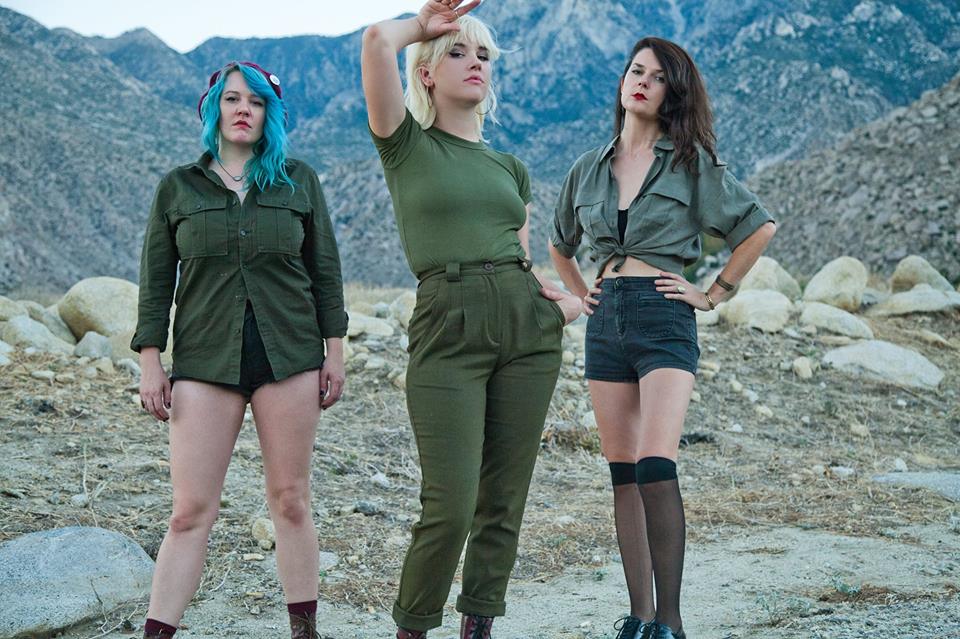 The L.A. based trio, Bleached, knows how to pen an appetizing punk song. Comprised of sisters Jessie and Jennifer Clavin and bassist Micayla Grace, the band capitalizes on propulsive power chords, chunky bass lines, and uncontrived, fuzzed out vocal melodies that call upon traditional punk music from the 70’s and 80’s. There is a genuine attitude about it that is probably best captured and shared in a live setting between plugged-in band and audience. Even with a clear old school punk influence, there are distinct elements of modern lo-fi thrash rock tossed in, and it’s all tightly packaged in a pop sort of way.

No Parents, another L.A. based thrash punk band, are offering support for Bleached on this tour. They’re a bit sludgier and more boisterous than Bleached, but still incredibly melodic and fun to listen to. There’s an aspect of unashamed comicality to their stuff but none of it feels cheap or terribly overwrought by any means (take a look at the majority of their song titles and you’ll see what I mean).

Local openers Mallwalkers and Scajaquada Creeps are kicking off the show at Mohawk Place tonight — I honestly can’t think of two better bands to precede Bleached and No Parents. This punk-filled function is going to be wild. Tickets are $10, doors are at 7pm. Find more information on Facebook.