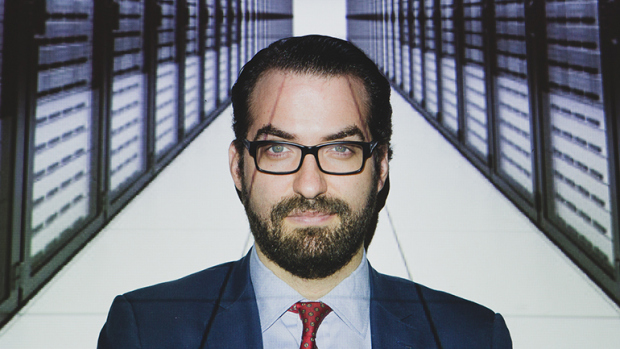 The past decade has certainly seen no shortage of underground artists melding electro-rock, psychedelic rock, alt-dance and synthpop – from MGMT to Ratatat to alt-J and beyond. But Big Data – a relatively new project helmed by Brooklyn DJ Alan Wilkis – displays enough intensity and virtuosity to stand apart, if not above, many of its peers in such a crowded field.

Big Data’s music is at turns heady and danceable, abrasive and poppy, upbeat and frighteningly paranoid. His debut, 2.0, released this March, features vocal appearances ranging from Rivers Cuomo to Rochester indie-rockers Joywave to indie-pop artists the world around, from Kimbra to Twin Shadow. But their lyrics are pretty universally manic – Cuomo croons about Edward Snowden on the blaring noise-pop of “Snowed In;” White Sea sings about a relentless lover over Europop synths on “The Business of Emotion;” and on the bass-heavy debut single, “Dangerous” (which peaked at No. on Billboard Alternative charts) Joywave rails against unknown forces coming “Out of the shadows / to take me to the club because they know / that I shut this down, ’cause they been watching my windows.” Talk about atypical characters for a dance song.

The young, on-the-rise group will bring its frenetic electronic energy to the Studio at Waiting Room tonight at 7pm. Tickets are $16 at the door