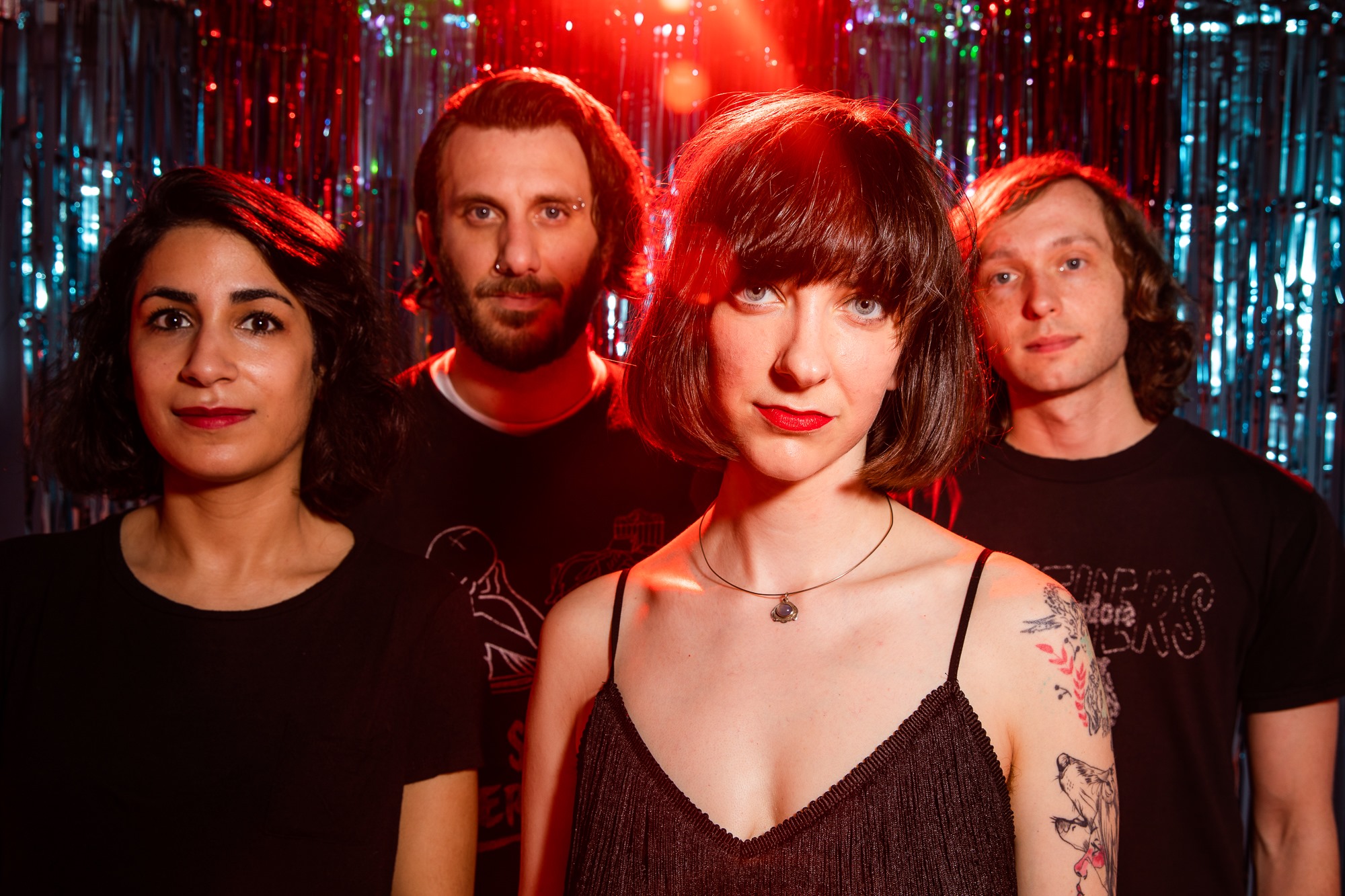 Celebrated indie rockers Bethlehem Steel celebrate the release of their new self-titled album with a show tonight at Mohawk Place. The follow up to their much-lauded full length Party Naked Forever shows the band is continuing to evolve and hone their sound. With their loud, fuzzy punk ethos and cathartic lyricism, the band has become a mainstay of Brooklyn’s thriving indie scene. This release also showcases the addition of guitarist Christina Puerto, whose tasteful lead work fills out the band’s already established textures.

The true standout on this record as always is lead singer Becca Ryskalczyk, whose soaring vocals continually ground the band. Her ability to seamlessly transition from a contemplative, reflective tone to suddenly channeling anger and frustration is thoroughly compelling. While a far cry from her days as a singer-songwriter, Ryskalczyk has an innate ability to captivate listeners, which is only highlighted by the outstanding musicianship of the band. All in all, Bethlehem Steel shows us a mature sound from a band that continues to explore the darker, avant-garde side of the indie scene.

Also on the bill is regrouped emo rockers Del Paxton and blusey indie outfit Jivviden. and last minute addition B Boys. Tickets are $10, doors at 8pm.